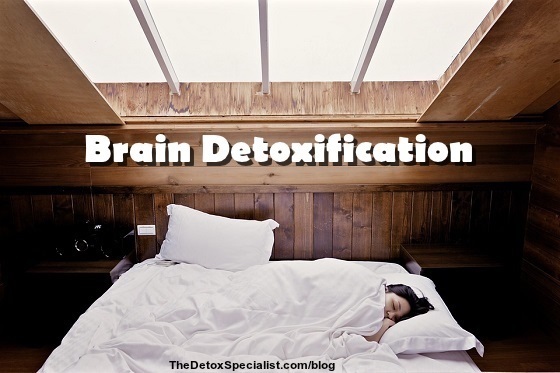 It feels relaxing and refreshing after a good sleep; as if the energy is restored, no matter how tired you were before sleep. Yes, sleeping does revitalize us, and there is the reason behind that. A healthy and sound sleep essentially helps the brain to carry out detoxification which is the principal cause of mental tiredness. Steps to achieve sound sleep and how the brain functions to detoxify itself during sleep are discussed below:

It’s the melatonin secretion by our brain that makes us sleepy. And our brain has an inner clock ticking which schedules the melatonin secretion time. So to optimize your sleep, you must not interrupt your brain’s natural melatonin secretion cycle. There are habits which can help you to get quality sleep daily. Our brain senses that the ‘sleep time’ is near as soon as the daylight fades. But we watch TV or use electronic gadgets like a computer or mobile phones till late night which basically confuses or tricks the brain due to exposure to the light that these displays emit, and the brain doesn’t start the secretion process. Avoiding these habits at least one hour before sleep and keeping these electronic devices away from bed optimizes sleep quality.

The neural activities that occur during wakefulness generate many waste neuro-toxic by-products in our brain. Our brain clears these by-products during our sleep which actually explains how sleep restores the health of our brain. Sleep increases the tendency to attain relatively stable equilibrium amongst the interdependent psychological elements also known as metabolic homeostasis. The potentially neurodegenerative waste products formed during consciousness accumulate in the cellular interstitial spaces in the brain. It is found out that during sleep these extracellular spacing are widened by almost 60%, which means that the interstitial fluids can easily flush out the toxins. Hence quality sleep makes your brain relax which results in potential detoxification.

Glymphatic is the name for brains own lymphatic type of system. We know that lymphatic system in our body is responsible for flushing out toxins from our body. But this lymphatic system is not present in the brain. So, basically, brain, has a special type of cells called Glial cells (the ‘G’ from glial goes for ‘G’lymphatic) which pump the cerebrospinal fluids through the brain cell spacing. These cerebral fluids essentially carry the wastes from the brain to the body’s circulatory system, from where it is carried to the liver and finally out of the body. Now the glymphatic system is ten times more active during sleep, and as mentioned in the earlier point, sleep relaxes the brain cells making them a contract, thus creating more intercellular space for the glymphatic system to work efficiently.

Now for detoxification to occur systematically, the brain has its sewage system. Researches have concluded that the better the quality of sleep, the fewer hours the sewage system needs to flush out toxic wastes. Nootropics can play a key role in preserving a potential detoxification mechanism. These smart drugs are known for enhancing energy and clarity of the brain, and they aid in removing heavy metal and toxins from the brain by breaking up potassium calcification and hence increasing the fluidity within the brain neurons. These are all mitochondrial activities that occur in the brain’s sewage system, and quality sleep improves the functioning of the mitochondria in brain cells resulting in clean-ups done in lesser time.

A healthy diet and “quality” sleep play important roles in potential brain detoxification process. Foods rich in vitamins, minerals, and amino acids are vital in the brain cleansing process. For these nutrients, organic foods should always be preferred. The ALA, DHA and EPA constituents of omega-3 acids are also beneficial. So, include fishes, seeds, and green leafy vegetables in your diet list if you want efficient detoxification. Lots of water intake daily increases the fluidity of the cell membranes resulting in better flush-out of the toxins. Sleep, on the other hand, is directly related to detoxification processes as we have seen. These processes need a lot of energy, and hence brain can’t perform them when we are awake. Sound sleep can be achieved by simple habits like maintaining almost complete darkness in the bedroom and taking a hot bath at least 90 minutes before sleep-time.

It is hence advisable to keep habits discussed above that will help your brain in speeding up the detoxification process. A deep and sound sleep is indeed critical for the brain cleansing operation to take place efficiently.

Author Bio: Anna Brecken is a writer for NootropicNation. She has extensive knowledge of Nootropics. She also writes for several other supplement and brain enhancement websites.