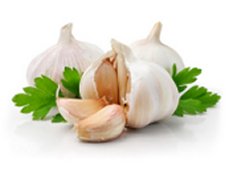 This is part 2 of the article Intestinal Candida – Natural Anti-fungal Treatment and part of a series of articles I have written about intestinal Candida. Using natural anti-fungals is only one step in the whole approach to be successful in getting Candida under control and restoring your health.

Oregano is a species of  the mint family that is native to Europe, the Mediterranean region,  southern and Central Asia. The leaves are an important herb that are used in Turkish, Greek, Portuguese, Spanish, Latin American, and Italian cuisine.

Research has shown that this tasty herb is effective against a wide range of fungi, yeast, and bacteria with some anti- viral and anti-parasitic properties as well. Oregano oil has been proven in European studies to be a potent immune booster. It is high in antioxidant activity, due to a high content of phenolic acids, especially carvacrol, and flavonoids.

Greek researchers recently investigated the effects of plant oils against multi-drug-resistant staphylococcus aureas (MRSA). Professor Eriotou in charge of the research said, “We didn’t know that essential oils were going to have that great an anti-microbial activity. And it’s really amazing that they are killing all these bacteria and yeasts as well”.

To get over this some companies have produced tablets that have gone through a process (enteric coating) to coat them with non -toxic substances to prevent them being broken down in the stomach and enable them to reach the parts of the bowel where they are needed.

The dose varies according to the manufacturer but is usually 1 tablet or capsule three times a day 20 minutes before or between meals. As mentioned before it’s best to start with 1 a day and gradually build up the dose to prevent excessive die off.

Garlic (Allium sativum) has been called Russian Penicillin because when the Russian army ran out of penicillin during World War II they used it to treat a wide range of conditions.  It has potent anti-fungal properties and immune boosting effects and is effective against some bacteria, viruses and worms. Some of the most traditional uses of garlic have been for colds, flu and vaginal yeast infections. Some studies have found garlic to be at least as effective as the drug Nystatin at killing Candida Albicans.

It is the sulfur containing compounds in garlic that contribute to its strong smell and exhibit potent anti-fungal properties. Among the most studied are allicin, alliin, alliinase and S-allylcysteine. Alliin and the enzyme allinase are two substances released from a clove of garlic when you cut it or crush it. They combine to produce allicin which degrades quite quickly to sulphides.

Garlic is available as capsules, tablets and liquid extracts but fresh garlic is reputed to be significantly more potent against Candida Albicans than any other form. Fresh garlic is also a suitable alternative to drugs for serious systemic yeast infections in patients with severe immune suppression. Adding fresh garlic to food or crushing and swallowing raw cloves is a cheap and powerful anti-fungal and antioxidant treatment.

As potent as it is in the test tube it’s doubtful if raw fresh garlic will reach the parts of the intestine where it is needed for intestinal Candida and I look at enteric coated tablets below.

The only garlic supplements and oils that have healthful properties are those made from natural, healthy, living cloves of garlic. Avoid those made from irradiated garlic which have dubious health benefits.

Garlic capsules are garlic powder put into gelatin or vegetarian capsules or made into pill form so that you get a measured dosage of garlic without getting immediate garlic breath. Some have more capability to produce allicin than others.

Low-odor pills contain garlic that has been sliced, dried and then ground into powder before the allicin is formed,  similar to the capsules. This powder is put into capsules or made into pills and given an enteric coating designed to survive the low pH of stomach acid and prevent it from dissolving until after it leaves the stomach and enters the duodenum.

Enteric coated garlic tablets are the best ones to use for intestinal Candida as they are more likely to get down into the parts of the intestine where its effect is needed. Garlic’s immune boosting properties gives it a double edge against Candida.

Commercial garlic oil contains little allicin due to the heat extraction process so a great deal of the antimicrobial function is lost.

Kyolic Aged Garlic Extract (AGE) is a completely different type of product and is truly odor free.  It contains only water soluble compounds that get into the circulation provide excellent cardiovascular benefits but little anti-biotic properties although some studies have shown that it dramatically boosts the power of the immune system’s natural killer cells.  t It is the fat soluble sulphides that provide the beneficial anti-fungal and immune stimulating effects.

One study of 28 brands of garlic supplements claiming to have high levels of allicin found that enteric coated ones had the best results. Garlic breath is still unavoidable as the sulphides are absorbed into your system and can be detected on your breath.  Chew parsley, fenugreek or fennel seeds to help counteract it.

A few people with impaired sulfur detox pathways are unable to detoxify allicin and some of the other sulfur-containing components of garlic. You could be sensitive or allergic to garlic too.

Here is a recipe for anti-Candida Garlic Tea:

Drink a minimum of 4 cups a day, but again start with less and gradually increase the amount.

This is a relatively new way of treating intestinal yeast infections. The cell wall of Candida  is made mainly from cellulose-like filaments.  Cellulase is the enzyme that breaks down cellulose so when it comes into contact with yeast cells the cell wall is damaged and the organism dies.

Makers claim that this method of killing yeast does not result in the release of a flood of toxins when they die as happens with most other anti-fungal agents. This means that you should not experience any die off symptoms.

The yeast should be unable to develop resistance to cellulase products as with other anti-fungals as they lack the ability to repair their cell wall. It is important that the cellulase enzyme supplements are taken between meals otherwise they will just digest the cellulose in your food.

Some manufacturers have combined cellulase with protease that they claim digests the protein nucleus of the Candida organism to entirely remove if from the system. Candidase is avialable in the USA and the UK. Some people are sensitive to protease and there is a product called Candigest available from the www.GutDoctor.co.uk  that does not contain it. They ship worlwide.

One supplement CandiZyme4 also contains Sodium Caprylate and Potassium Sorbate which apparently blocks the nutrients which Candida needs to thrive.

Don’t forget that using only the anti-Candida diet and natural anti-fungals you are unlikely to have lasting results. By using a comprehensive approach as I have described in previous articles and in articles to come you are much more likely to succeed in getting intestinal Candida under control for good.