A structured Detoxification regime usually follows the sequence outlined below:

The bowel is a key outlet of eliminated toxins. Poor digestion results in stagnation and a lack of excretion of toxins. Bad bacteria will proliferate and the resulting and auto-intoxication by fermented foods are passed to the liver, resulting in liver stagnation.

Dietary changes such as eliminating stagnating foods like wheat and dairy, increasing fibrous, nutrient rich foods like fruit and vegetables, and using supportive supplements can help. 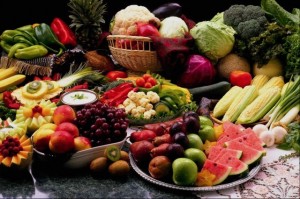 Improve elimination through the skin

Skin brushing, saunas and Epsom salt baths can promote natural elimination of substances through the skin.

Once the channels of elimination have improved, the liver can be gently and directly stimulated to excrete more toxins.

Finally the cells can be supported to eliminate toxins by use of key minerals, balanced correctly with other nutrients.

Studies done in Russia reveal aloe is effective in removing toxicities. The polysaccharides present in aloe helps the cells in the digestive tract to renew themselves. Lignans present in Aloe absorb fluid and toxins and bulk up motions (slight laxative). Aloe also has anti-inflammatory, antiseptic, and wound repairing properties.

Psyllium consists of largely insoluble fibre which adds bulk to stools, aids motility of the gut and lifts impacted matter from the bowel wall. Dry Flax seeds exhibit similar properties as the lignans help to bind and export toxins.

Clay has a long history of use in the healing and detoxification. Indigenous cultures have used clay for health since before records began.  Bentonite clay is a colloidal hydrated silicate clay formed from the weathering of volcanic ash. One way it works is by  adhering to toxins in the GI tract and will carry them out of the body.

Correcting any magnesium deficiency through supplementation is also absolutely vital. Magnesium helps effective working of the sodium potassium pump in the cells and the kidneys. This also acts as a powerful detoxifier which can cause problems if the released toxins are not eliminated efficiently. Modification of the dose or balancing with some calcium can control its effect.

Glutathione is composed of the amino acids cysteine, glutamine and glycine and is concentrated in the liver, although it carries out its work throughout the body at cell level. Glutathione is an antioxidant enzyme with a central role in protecting the body’s cells from free radical damage.

This important enzyme is involved in protecting cells from environmental toxins, drugs and alcohol as well as toxins produced by the body itself as a result of normal metabolism.

Methionine is also a sulphur containing amino acid that is important for detoxification. Cysteine can be synthesized in the body from methionine, so the presence of methionine will support glutathione production. Sulphur amino acids like cysteine are also  so chelaters, and can bind to heavy metals to remove them from the body.

Using a firm natural brush, daily skin brushing in the right way can really help to promote detoxification both by refreshing the skin’s ability to excrete toxins, but also by stimulating the flow of lymph under the skin.

Juicing is a highly beneficial and easy way of helping the body detoxify. Raw vegetables are full of enzymes which help the digestion. They contribute  a concentrated supply of phytonutrients that could not be obtained by eating a normal amount of raw vegetables and fruit.

A normal diet will cause a build up of  acids and metabolic waste products in the body, which can result in inflammation. This acidic state of the system can be neutralised by drinking raw juices. Celery, cucumber and cabbage are excellent to reduce acidity.

Raw juices also stimulate the function of the bowels, liver and kidneys, which will increase the breakdown and elimination of toxic chemicals and waste products  from the body. Raw juices can increase the quality and flow of bile. A juice cleanse  can be directed at specific problems such as liver and  kidney ‘detox’, arthritis, gout, re-mineralisation, urinary cleansing, and weight loss.

A tasty and simple liver ‘detox’ juice is a mix of beetroot, carrot, ginger and apple. Ginger helps to inhibit blood clots and the formation of LDL cholesterol. Beetroot cleanses the liver, biliary system, and gallbladder and may help unblock the arteries. Carrots are a liver cleanser and a tonic. Apples contain the powerful antioxidants  phylorizine and ursolic acid which have an anti-inflammatory effect in the system. It is advisable to put psyllium in the juice to bulk out the intestines and also give a feeling of fullness.

Epsom salt is magnesium sulphate. Sulphates process toxins helping them to leave the  body. Magnesium sulphate is used in this way to help the body ‘detox’  by eliminating  toxins at a cellular level by sweating.

Epsom salts baths can be used following a period of emotional or physical overstress. They work as a nerve relaxant and can also be helpful for jet lag. It is advisable to only have 2-3 Epsom salt baths a week and not more than 2-3 weeks running. Make sure you drink plenty of water while taking the baths.

Epsom salts baths are not advisable for people with high blood pressure, heart problems or diabetics.

External use of castor oil can be highly effective for constipation and elimination and to encourage lymphatic circulation. Both are helpful in regulating  and detoxifying the body.

Detoxification is a vital process for people in all walks of life. With a little commitment, much can be done using simple diet and lifestyle changes and the process can be made more specific and intensified with the use of supplements to support the diet.

Once a state of health has been achieved, continual sensible and achievable lifestyle and dietary modifications, together with maintenance nutrition to support the vital processes (cells, lymph, liver, kidneys, bowel), can result in remarkable long term changes in health and vitality.

Do also remember a detoxification regime doesn’t have to be an all or nothing process, you can add any part of the suggested regime that suits your lifestyle without having to do the whole process, it just won’t tend to be as effective as a complete regime.

An example could be that you just decide to take some Milk Thistle in the New Year which will support the liver function as state above but it won’t in itself address the whole body.

This is the second part of an article about detox written by Barbara Wren, nutritionist and principal of The College of Natural NutritionYou can read the first part here:  Naturopathic Detoxification – Part 1