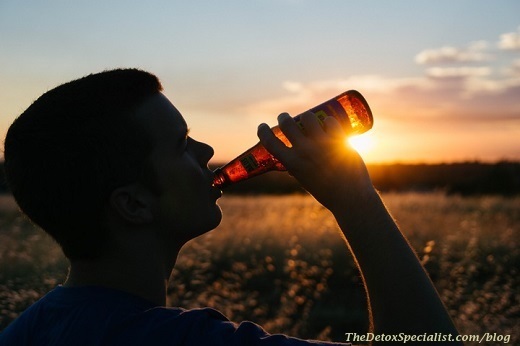 My friend Rob met a woman at a party and she was asking him questions about his lifestyle.

Rob took his usual “disarmingly frank” approach and gave her a fairly honest tale of drinking, smoking cigarettes and a diet dominated by the big pan of chili he made on Mondays, divided into portions and froze, to be grabbed and microwaved for the rest of the week. He figured maybe she would take him under her wing and make him a project. At least that would mean she was interested.

“Wow,” said the woman. “You must be incredibly toxic,” and Rob was quite taken aback because he had never thought that was a word that would be applied to him. Toxic gases, toxic waste or even toxic relationships, maybe, but toxic Rob?

She wasn’t impressed and she didn’t want to run away with him to a remote island where she would feed him nuts and berries and wash his clothes in a sparkling stream.

No. He was toxic. A drinker. A smoker. A carnivore. A man with a diet high in salt and fat.

Rob was, to this woman, a loser.

He’s a good-looking guy, intelligent and funny, but he was still thinking like a teenager.

This was before I met him, in fact. I could have told him how important it is, to yourself and to how others see you, to keep your body as clean inside as outside.

And I know that because there was a time when I was as toxic as hell.

I’m a recovering alcoholic. From the age of nine (yes, 9) I poured alcoholic drinks down my throat like there was no tomorrow – and if I hadn’t finally got sober almost 10 years ago there would, by now, have been no tomorrow.

Detoxing for an alcoholic is a long, hard road. By comparison, Rob had it easy – and he did do it, albeit too late to charm the woman at the party.

And here are the top five tips for detoxing.

Previous Post: « Detoxing Will Help with Getting Relief from Back Pain & Sciatica
Next Post: Diet and Nutrition – The Ultimate Secrets to Shedding Pounds Permanently »