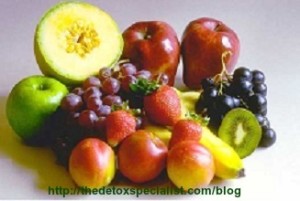 Does Detox Work?  Well according to Dr Dresser it doesn’t!

I am always on the look out for what is being said about detox and last week I came across a number of sites reporting on Dr Dresser’s Detox Challenge for CBC Marketplace.

The challenge tested the claims behind Dr. Oz’s 2 day cleanse and involved two groups of volunteers from Western University. One group of four young healthy students went on the 2 Day Detox while the other group ate normally.

After doing blood tests on them before and after the cleanse, Dr. George Dresser, a toxicologist, pharmacologist and an internal medicine specialist at London Health Sciences Centre said “There is no evidence for the (diet’s) elimination of toxins, in any fashion, from your system.”

He said that there was no change in liver or kidney function after the 2 day cleanse which Dr Oz apparently claims will improve them.

A Liver Function Test is not a test of detox function

Now, the problem with Dr Dresser’s blood test that no one seems to have pointed out yet is that he was not testing liver detox function at all. The liver function test that he did and mainstream doctors do is really a test for liver malfunction.

This so called liver function test looks for raised liver enzymes and altered levels of liver proteins in the blood which signifies liver damage. I can’t see the point of measuring these for the purposes of determining if the detox works or not. It’s highly unlikely that these markers are going to change in two days if they were normal to begin with.

A test to measure liver detox function is done through specialized laboratories by doctors who practice functional or integrative medicine. The test challenges the liver’s Phase I and Phase II detoxification capacity with substances whose detoxification by the liver has been well studied and is known.

Dr Dresser also measured electrolyte levels, which he said could change in 2 days due to the juices and foods that the detox diet challenge group consumed, which is true enough I suppose.

Electrolytes are minerals in your blood and other body fluids that carry an electric charge. The main ones are sodium, potassium, calcium, magnesium, chloride and phosphorous. They did not change in either group so he said he was unable to tell which group did the detox.

I would also add here that results from such a small group of people are not statistically significant so far as research goes.

Why not measure Toxins?

Now being a toxicologist I would have thought that he would have wanted to measure the toxins in the blood before and after the detox to see if they had reduced. That would have been a better test don’t you think?  But it would be highly unlikely that there would be any change after just two days as I have already explained in previous articles about one and two day detoxes.

He went on to say that there is no evidence that foods can be used to improve liver detox. Yet Joseph Pizzorno ND, in his book Total Wellness, cites research to back his statements that the brassica family of foods such as cabbage, broccoli and Brussels sprouts contain substances that stimulate both Phase 1 and II detox enzymes. 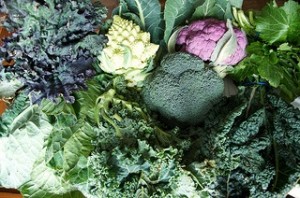 In the section where Pizzorno goes into inducers of Phase II detox he cites more research. He goes on to list nutrients that are needed for the liver detoxification system. All these come from our food so I don’t know how Dr Dresser can say that there is no evidence that food can be used to improve liver detox because there is.

Writing in a report from Great Smokies Diagnostic Laboratories (now Genova Diagnostics)  Eleanor Barrager, then research manager of HealthComm International, developer of Ultra Balance Medical Foods, said that previous research at HealthComm has illustrated an association between impairment of Phase 1 and/or Phase II detoxification pathways and symptoms of chronic toxicity and unwellness.

She states that UltraClear and UltraClear Plus, a medical nutritional food, provides supports for detoxification and effects a shift towards normalizing Phase 1 and Phase II pathway activity in many individuals with imbalanced pathways with improved patient outcomes.

Maybe Dr Dresser has not heard of HealthComm International which established the Functional Medicine Research Center and is engaged in laboratory and human clinical studies focusing on the problems resulting from altered metabolic detoxification and the management of many disorders.

The research may not have be in the form of double blind placebo controlled trials that orthodox medicine loves so much nor published in peer reviewed journals but it is there if Dr Dresser cares to look.

Many people will testify to it’s benefits and have attributed their recovery from many chronic conditions, where all else has failed, to detox diets. Just don’t expect it to happen in 2 days. One or 2 day detoxes are useful for kickstarting healthy eating habits or simply to rest your digestive system after an overindulgence.