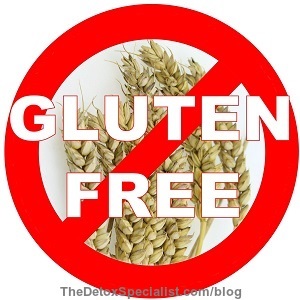 The headlines of an article I saw in an online newspaper claimed there was proof that going gluten free was a total waste of time and money. Then the sub-headline read “Cutting out gluten foods can improve symptoms in people who aren’t coeliac”! (UK spelling)

Well that does not make any sense does it? Why say that avoiding gluten is a total waste of time if it can improve symptoms in some people? What’s it all about?

Well it turns out that for some people who cut out gluten and find it helps their digestive symptoms it’s not gluten itself that is causing the problem. No, it’s FODMAPs

In case you have not already heard of the term FODMAP it’s an acronym for fermentable oligosaccharides, disaccharides, monosaccharides and polyols. They are sugary molecules that occur naturally in a range of foods, including grains, vegetables, fruits and dairy.

A group of researchers from Monash University’s Department of Gastroenterology in Australia first came up with the idea that FODMAPs were the underlying cause of irritable bowel in a high percentage of people who had been labelled with the syndrome. Yes, I say “labelled” as it’s not a proper diagnosis. The underlying cause should be investigated.

The researchers discovered that a group of short-chain carbohydrates (the sugary molecules) in food are either poorly absorbed in the small intestine or are completely indigestible. It’s their poor absorption in some people that triggers IBS symptoms.

Because FODMAPs are relatively small in size, they attract water into the bowel. When they reach the large intestine, the resident gut bacteria ferments them, producing gas. This is what results in IBS symptoms – bloating, distension, pain, constipation and/or diarrhoea.

The Monash scientists recently started to look at the levels of FODMAPs in food and found that many gluten grains such as wheat, also tended to be high in fructans, while gluten-free breads and pastas had very low levels of fructans and other FODMAPs.

This explains why people with FODMAP sensitivity tend to see an improvement in their symptoms when they switch to gluten-free products.

Should you go gluten free when you detox?

Most good detox plans recommend that you avoid gluten so is it a waste of time and money?

The reason for giving up wheat and other gluten grains is because they are harder to digest and we want to take the pressure off digestive system when we detox. We want the body’s energy to go into detoxing toxic chemicals rather than being spent on digesting food.

Dr Alessio Fasano, the brilliant Italian researcher into coeliac disease, says that no one has the ability to digest modern wheat fully. We just don’t have the right enzymes. Modern wheat has been specially bred to contain more gluten to help with the rise in bread making. He says that the undigested particles can cause reactions in some people.

Is Glyphosate the real problem?

Added to this now there are some who believe that the toxic chemical glyphosate is to blame for the increase in celiac disease and gluten intolerance. Wheat and other grains are sprayed with the herbicide before harvest and it gets into products made from the grains.

Anthony Samsel and Stephanie Seneff, the authors of a study, point out that this rise in celiac disease parallels the increase in the use of Roundup which contains glyphosate, and the effects of glyphosate are identical to those for celiac disease.

Also, some people who avoid gluten when on a detox diet find that their digestive issues clear up but come back once they start eating it again. This may be due to the fact that they are affected by wheat or gluten.

Related reading: Should You Detox Your Body from Glyphosate Weedkiller?

The standard current testing for celiac disease ignores the fact that people can react to a range of gluten proteins and not just the one that is tested so a negative result does not conclusively rule out celiac disease. Fifty percent of people with gluten sensitivity may be being missed by the standard test. The Cyrex Labs test for gluten sensitivity tests for at least 12 different gluten peptides.

Is going gluten free a waste of money?

Just remember that if you avoid gluten as a test to see if it improves your digestive issues or for a detox and you think you feel better for it you are probably right and it’s not a waste of time. It could be a waste of money if you buy gluten free products instead as the commercially produced products are expensive and not very healthy. They often contain sugar and unhealthy fats so are not good for your health either. Much better to make your own.

It just remains to find out if it’s FODMAP foods that are causing a problem or if it’s a real sensitivity to gluten or the glyphosate. I’ll be writing more about the FODMAP diet soon.