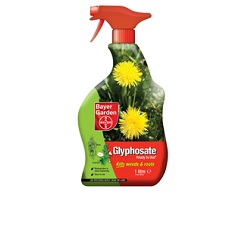 Do you need to detox your body from Glyphosate?  7 out of 10 people have this weedkiller in their urine. Do you?

A recent study on people in the UK found that 70% of people who lived in the city had glyphosate weedkiller in their urine. Isn’t that shocking?

But it’s not only people in the UK that are affected. A 2013 study by Friends of the Earth found traces of this toxic weedkiller in the urine of people they tested from 18 European countries.

Don’t think that you have escaped if you live in the USA. People in the USA were found to have levels over 10 times higher than found in people living in Europe. It was even found in the breast milk of women at ‘high’ levels!

The results of this study shows that glyphosate can and does accumulate in the body and exceed the safe levels allowed by US regulatory agencies. A fact that has previously been denied by Monsanto’s scientists.

Why is this a concern?

Earlier this year The International Agency for Research on Cancer  (part of the World Health Organization) classified glyphosate as “probably carcinogenic” to humans. This means it can probably cause cells to become cancerous.

It has other effects on the body too which I list below but let’s look at where it comes from first.

Where does Glyphosate come from?

Glyphosate is the active ingredient in Monsanto’s herbicide Roundup. It’s the best selling weedkiller in the world.

Many spray their crops just 3 days before harvest and because Roundup is a systemic herbicide it gets into the cells of the plants. This means you can’t wash it off.

30% of bread samples in the UK were found to contain it as well as other pesticides.

According to Dr Mercola the average American eats several hundred pounds of glyphosate-contaminated food every year. Not a pleasant thought!

What does Glyphosate do to you?

According to research done by Anthony Samsel and Stephanie Seneff of Massachusetts Institute of Technology, one major effect of glyphosate is to inhibit the cytochrome P450 (CYP) enzymes produced by the gut organisms. CYP enzymes detoxify many of the toxic chemicals that we are exposed to in our modern environment.

Anthony Samsel on the Effects of Glyphosate Part 1

Glyphosate induces a shift in gut bacteria. Recently there has been an increasing understanding about the link between gut microorganisms and metabolic disorders including obesity and insulin resistance. Because glyphosate impairs the CYP enzymes in the liver it impairs the body’s ability to detoxify synthetics chemicals which interfere with the body’s chemistry leading to weight gain.

In the lab, Roundup causes the same type of oxidative stress and neural cell death found in Alzheimer’s disease.

The onset of Parkinson’s following exposure to glyphosate has been well documented.

Very low doses of Roundup can disrupt liver cell function in humans, according to a 2009 study published in Toxicology.

A recent study confirms chronic kidney failure is 5 times higher in areas like Sri Lanka where farmers are exposed to glyphosate through drinking water.Data from the USDA, National Cancer Institutes, Centers for Disease Control, reveal a steep rise in kidney disease in the US from the time of the introduction of glyphosate and GM food.

Glyphosate combines with trace minerals in the body and can cause deficiency diseases such as anemia and goiter.

As already mentioned above the IARC have said that glyphosate “probably” causes cancer. Monsanto is of course denying that there are any health concerns. Some countries think otherwise. Sri Lanka, El Salvador and Colombia have either banned or restricted the use of glyphosate due to health concerns. A 1999 study by eminent oncologists Dr. Lennart Hardell and Dr. Mikael Eriksson of Sweden, has revealed clear links between glyphosate and non-Hodgkin’s lymphoma, a form of cancer.

Do you want this stuff in your body? I certainly don’t want it in mine!

How to detox your body from glyphosate weedkiller

The good news is that according to Dr Mercola if you stop putting glyphosate into your body by cutting out processed and non organic foods what is already there will come out.

That’s all very well but what about the damage it’s already done? What about the liver detox enzymes that have been affected preventing other toxic chemicals from being detoxed?

This means that we have to support the detox pathways, especially Phase 1, with the food and nutrients known to enhance them.

Here’s how to support your Phase 1 detox pathway

So you see you can detox your body from this toxic weedkiller if you stop allowing it to get in. Easier said than done though with it in nearly all our non organic food.

The good news is that several European countries are worried enough about it to ban it’s use. Let hope that more countries including the USA will soon follow suit.

Did you know this about Roundup? Are you going to take steps to try to avoid it now and detox your body from it?

Previous Post: « Easy Fruit and Vegetable Detox
Next Post: How To Detox Your Liver After Too Much Alcohol »