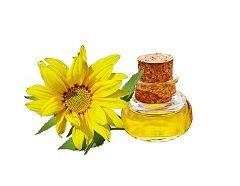 Well, they’ve finally come out and said it! Cooking with sunflower oil is highly toxic!

According to research done by Professor Martin Grootveld, professor of bio-analytical chemistry and chemical pathology, and his team, cooking with sunflower oil produces aldehydes, toxic chemicals that have been linked to heart disease, cancer and dementia.

I was astounded when I read that Dr Michael Mosley, presenter of the UK TV program “Trust Me, I’m A Doctor”, claimed that the research they instigated “revealed for the first time that what we thought we knew about cooking oils is just plain wrong”.

It’s not the first time it’s been revealed at all. Nutritionists have been saying for years that cooking with sunflower oil and other polyunsaturated oils is wrong. I’ve been saying it for at least 24 years. It was one of the first things I learned on the first nutrition course I took.

So what’s wrong with cooking with sunflower oil?

The problem with polyunsaturated fats is that they are highly unstable and oxidize easily. This means that they react with oxygen to form free radicals and harmful compounds that you definitely don’t want to be consuming.

In his excellent book Fats and Oils, Udo Erasmus says that frying in polyunsaturated oils destroys the fatty acid by twisting it to make an unatural form.

Did you realize that when you buy a bottle of sunflower or other polyunsaturated cooking oil in the supermarket it has already been subjected to high heat and been damaged?

Cooking oils are processed to extend their shelf life and make them more stable which results in the formation of detrimental substances like trans fatty acids, polymers, cyclic compounds, aldehydes, ketones, epoxides, hydroperoxides, and others.  Many of these substances are toxic, even in small quantities.

Let’s get back to the study that Dr Michael Mosely was talking about. Volunteers were given sunflower oil, vegetable oil, corn oil, cold-pressed rapeseed oil, olive oil, butter, goose fat and lard and asked to use them in every day cooking. The leftover oil was collected and sent it to the lab at De Montfort University, Leicester, England to be analysed.

When asked for his tips for safe cooking Prof Grootveld reportedly said that “the ideal compromise for cooking purposes is olive oil because it is about 76 per cent monunsaturates, 14 per cent saturates and 10 per cent polyunsaturates”.

I would not agree with that and neither would a lot of other health experts. A lot of the theory about the best oils for cooking is based on their smoke points. This is the temperature at which an oil, when heated, produces enough volatile compounds for a bluish smoke to become visible. I’m sure you’ve seen smoking oil.

Oxidation and smoke point are different things. Monounsaturated and Polyunsaturated oils can and will oxidize long before they smoke while cooking.

So, I was surprised to hear Dr Steven Masley say, during the Healthy Heart Summit, that he recommends cooking with avocado oil and not coconut oil because it has a higher smoke point. 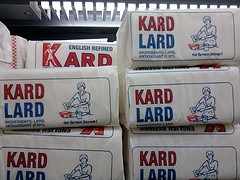 The most stable fats of all for cooking are animal fats which are the saturated ones.

Butter, lard, and goose fat, once thought to be the cause of heart disease, are now coming back into fashion as cardiologists blame highly refined carbohydrates and over-consumption of omega 6 oils for the chronic inflammation in the body that underlies cardio-vascular problems.

When asked about his choice of cooking fat Professor Grootveld said given the choice between lard and polyunsaturated oils he’d choose lard every time.

If you don’t like the idea of cooking with lard  he did say that in view of the high saturated fat content in coconut oil it is also recommended for cooking.

Just remember to avoid heating it to high temperatures. High temperature cooking produces other compounds that are toxic to the body but I’ll have to save that for another time.

My question is what oil or oils have you been using for cooking? Does this research surprise you? Let me know in the comments below.