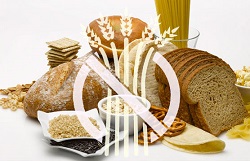 “I am doing a gluten detox. The weight is falling off like crazy, but I feel so tired, depressed, anxious, and irritable. When will I feel better?” This is what one member wrote in a health forum.

For some people gluten is a real toxin that can pose a serious health problem known as celiac disease. For others, it is a sensitivity or intolerance that can be diagnosed after ruling out celiac disease and wheat allergy but can still wreak havoc throughout the body.

Although the current trend for gluten free diets have been labeled as a fad, gluten intolerance is a real condition that is not the same as celiac disease.

Gluten is a protein that is found in wheat, barley and rye. It is also found in many other foods that you would not expect to find it in.

It is believed that gluten can ruin weight loss goals and that is why we so often hear of celebrities going on gluten free diets.

How gluten interferes with weight loss?

It is thought that gluten sensitivity can cause your body to hold onto excess water and weight that you simply cannot get rid of until you detox gluten.

I noticed many years ago that I bloated out when I ate sandwiches for my lunch but when I had a salad and no bread I didn’t. I started to avoid gluten then and still do today.

Gluten is made up of two proteins gliadin and glutenin. Davis and others maintain that in their efforts to increase wheat 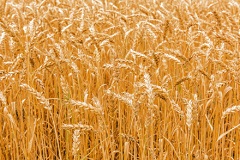 No One Can Digest Gluten

According to Alessio Fasano, the Medical Director for The University of Maryland’s Center for Celiac Research, no one can properly digest gluten. We lack the enzymes to fully digest gliadin which results in small protein molecules known as gluteomorphin polypeptides. These can sometimes leak across the gut lining and travel to the brain where they can bind to opiate receptors, mimic the effects of heroin and morphine, and stimulate appetite, in most people.

The increased appetite is, of course, one cause of weight gain. As wheat acts like a drug in some people the withdrawal of it during a gluten detox results in the symptoms that the forum member was describing above – tiredness, depression anxiety  and irritability.

Lessen side effects of wheat withdrawal

To lessen the effects of wheat withdrawal on a gluten detox Dr Davis suggests that you should:

When you avoid wheat you start to lose the extra fluid that it caused you to retain.

Celtic or Hymalayan salt contains minerals to make up for the sodium you will lose when you lose the extra fluid.

Davis recommends taking a supplement contining EPA + DHA 3000 mg each day. This, he says, helps to protect you from the adverse effects of the flood of fatty acids into the blood stream that occurs with the massive weight loss that is usual when you withdraw wheat.

What to eat on a gluten detox to lose weight.

It’s vital when you do a gluten detox that you do not replace wheat and gluten containing foods with processed “gluten-free” foods. They usually contain unhealthy fats and sugars. Besides not being healthy they will stop you losing weight because of the calories they contain.

It’s also a good to limit gluten free carbohydrates like oats, quinoa, millet and amaranth until you reach your weight loss goal. After that you can introduce them slowly but in limited quantities. Use coconut flour and almond meal instead.

Many processed deli meats contain gluten as do ready-made meals, fast foods, soups, sauces and anything in packets.

It’s also a good idea to limit carbohydrates when you do the detox as they can hinder weight loss. Fruit is great to eat as a snack instead of cakes and cookies but stick to low fructose fruit such as apricots, peaches, pineapples, strawberries, blackberries, lemons and limes. Make sure you are also avoiding high fructose corn syrup, a stealth sugar that is found in many products. See the list of foods containing it and read more about it here.

So, if you are having difficulty losing weight on your current regime try the gluten detox.  You might like to read Dr William Davis’s new book Wheat Belly Total Health