You may have done a detox to get rid of toxins from your body but the festive season can be one of the hardest times of year for your health.

Trendy magazines and the internet are full of healthy eating suggestions for the holiday season and Christmas but have you considered the toxins in your home?

Have you ever thought about how many toxic chemicals could invade your home over Christmas? 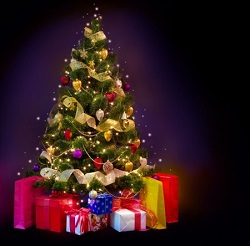 Did you know, for example,  that most Christmas trees have been sprayed with pesticides and fungicides?

It’s not known how much pesticide residue is released once a tree is set up in a warm home environment but you could unwittingly be breathing in toxic chemicals. Not a pleasant thought!

Think you are safe with an artificial tree? Think again!

The base of artificial trees and the wire and cord of Christmas lights are made from polyvinyl chloride, or PVC, which can contain lead at levels higher than is considered acceptable by the Environmental Protection Agency (EPA).

Lead is a neurotoxin and can pose a serious threat to your health.

Then there are all the fragrances from pot pouri to scented candles. So many things are scented these days because a smell like a mountain meadow seems to mean clean and fresh to many people these days.

Although not many people give a thought to what is creating the smell it is in fact volatile organic compounds ( VOC’s) that you breathe in and absorb through your skin. Organic in this sense is not good. VOC’s are toxic!

More and more studies are being published that link fragrances to conditions such as headches, asthma, eczema, dermatitis, chronic fatigue, chemical sensitivity, and many others.

Cities across North America are banning artificial fragrances in public places as evidence grows that the smells are making people unwell.

Fragrances are said to be the new second hand smoke!

It can be tempting to use air fresheners either as sprays or stick diffusers. Even ones that claim to be natural can contain chemicals.

Because I was very chemically sensitive at one time I have called companies about their stick diffuser oils that say “natural” on the bottle only to be told that they did contain chemicals as well. 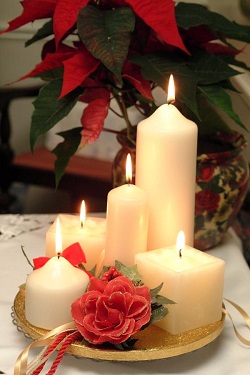 Burning candles can add to the look and atmosphere but many are made from paraffin, a petroleum-based product, that gives off toxic chemicals like toluene and benzene. Most soybean candles or ones made from beeswax do not. 100% natural beeswax candles are natural ionizers. Just light them up and they’ll emit negative ions, which remove toxins, dusts and germs from the air.

Have you bought something new to wear for a party or for Christmas? What about presents for the family?

Toxic chemicals are used excessively for processing garment fibers and also for manufacturing clothes. After clothes are made, they are often covered with formaldehyde to keep them from wrinkling or becoming mildewed during shipping from the countries where they are made.

You may have put a lot of effort into eating healthy food but not a lot of folks worry about healthy clothing. It’s a chilling thought that what you’re wearing right now might contain deadly chemicals.

It’s a good idea to wash them before wearing in a natural detergent although washing will not remove all potentially harmful substances from clothing, but it is important to remove as much as possible.

Dry cleaned clothes can also emit fragrance so air them thoroughly in a well ventillated area before hanging them up or wearing them. Better still stay away from dry cleaners that use perchloroethylene, commonly known as PERC. Perc is a toxic chemical that can cause serious health problems including a heightened risk of cancer. Find eco dry cleaners instead.

Detox is all about eating in a way that encourages the elimination of toxins that have acumulated in your body but in order to help your body heal it’s important to reduce the total load on your body’s immune system.

Loads include things like food, water, indoor and outdoor air pollution. Make sure you detox your home to reduce your load this Christmas.

Previous Post: « No Fuss Paleo Detox: Clean Your System and Drop the Weight
Next Post: Happy & Healthy Christmas From The Detox Specialist »