The actor Kellan Lutz recently announced that he was going on a Paleo Detox because he was feeling unhealthy after gaining weight for his role as Hercules in a new film.

A nutritionist originally recommended that he went on a plant based diet but he said he loves meat too much to give it up so opted for a Paleo detox diet instead.

I had never thought of the Paleo diet as a detox diet before but when you look at it closely you will see that food like grains, diary and sugar are strictly prohibited. Foods that are packaged and labeled are generally prohibited too because they are processed and contain flour, wheat or sugar.

Gluten grains, dairy products, sugar, all foods containing it and processed foods are all foods that you should avoid on a detox diet. 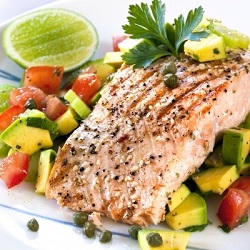 The paleolithic diet, or caveman diet as it also called, consists of grass-fed meats, wild fish, organic eggs, vegetables, roots and nuts with close to no sugars or processed oils. It also recommends a high level of physical activity.

Meat, especially red meat, is usually excluded on detox diets as it is considered to take a lot of energy to digest that could be better used for detoxification.

There are different schools of thought about this as some health experts say that you need the amino acids from lean meat for the detox system to function efficiently. I don’t know of any research that proves that one method is better than the other.

Weight loss and weight management is one of the most researched topics in this world, and the paleo diet is fast becoming the answer for many.

Even those who aren’t incredibly focused on their weight, may find that they are increasingly mindful of their digestive system, internal health and what they put in their bodies.

Excluding gluten grains, diary, sugar, packaged and processed foods, coffee and alcohol are common to both types of diet so you can see how a paleo diet can be called a paleo detox diet.

The toxic chemicals that are found in processed and packaged food tends to keep the weight on as they disrupt the hormones that control the weight control mechanism. This has been demonstrated clearly by Dr Baillie-Hamilton in The Body Restoration Plan

This is why other calorie specific diets don’t necessarily work all the time, because even if processed food is under a certain amount of calories, the body’s weight control system is altered by the chemicals.

The paleo detox is unlike any other detox program. According to Chris Kresser “the goal of the Paleo Detox is to reduce inflammation, regulate the immune system and super-charge the metabolism by nourishing you with nutrient-dense foods our bodies have evolved to eat.” 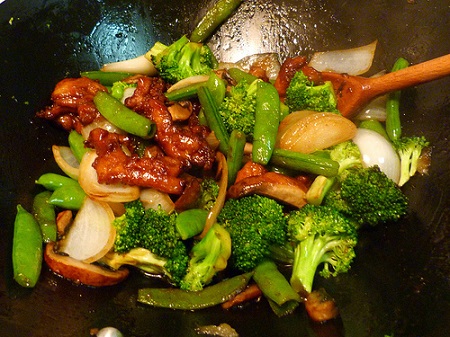 During the paleo detox vegetables and proteins are your very best friends. Carbs and even certain fruits need to be kept to a minimum, grains are prohibited because they do not fuel energy, and turn into fat. Sugar has the same effect.

Vegetables and specific fruit smoothies are a great thing on the detox because they give you all the nutrition and minerals your body needs, and also helps you feel full without feeling bloated or stuffed.

Nuts and meats are essential on the detox. Getting your body properly aligned by eating things that aid it rather than clog it up is crucial.

The way that your body reacts initially will vary according to how much processed foods. grains, sugar and caffeine you had in your diet before starting the paleo detox.

You will also be taking out a lot of toxins from your diet, in the form of phytic acid and lectins found in grains and legumes

Just like any other detox diet you may experience withdrawal symptoms which are often thought to be detox sysmptoms. These may include mood swings and intense cravings, you also may visit the bathroom rather frequently if you are drinking the amount of water, and consuming the amount of vegetables suggested.

The benefits of detox

The benefits that the detox will bring you are absolutely tremendous. After the initial stage of your body getting used to the detox, the benefits will make themselves clear. You will have more energy, have clearer skin, lose weight, have a clearer sharper mind, fewer aches and pains, digestive ease and so many other great advantages.

So if you are like Kellan Lutz and can’t face the idea of giving up red meat why not try a Paleo Detox.