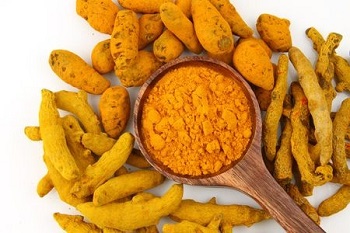 Have you tried turmeric root in your detox juices yet?

According to recent reports turmeric root is the ingredient “du jour” and the new contender for the superfood of the year crown.

You probably know turmeric as that yellow powder which is used in Indian cooking but it’s the fresh root that everyone is raving about now.

Turmeric has been used in Asia for thousands of years to treat a myriad of diseases and ailments and it’s probably the most clinically researched traditional herb there is.

These amazing turmeric benefits are due to its powerful anti-inflammatory and strong antioxidant effects but it is its effect on the liver detox that we are interested in here.  For even more information read this comprehensive turmeric guide.

The Effect Of Turmeric On Liver Detox

Not only does turmeric stimulate two liver detox enzymes it also increases the secretion of bile. The bile is the vehicle that the liver uses to carry the toxins out of the body.

In a recent study on rats to evaluate the effects of turmeric on the liver’s ability to detoxify toxic chemicals, the levels of two very important liver detoxification enzymes (UDP glucuronyl transferase and glutathione-S-transferase) were significantly elevated in rats fed turmeric as compared to controls.

I find this interesting as I keep reading that turmeric is not absorbed well by the body unless it is mixed with oil. Adding black pepper can also help. Perhaps the researchers added oil and black pepper to the rats’ feed.

Both oil and black pepper are, of course, found in Indian dishes.

Johns Hopkins medical oncologist Dr. Saraswati Sukumar says “the moment you heat oil and add turmeric to it, it now becomes completely bio-available to you.”

I notice that the Uprooted Juice Recipe from the New Mayfair juice bar, Raw Press, in London, England contains argan oil. Argan oil is produced from the kernels of the argan tree and is gaining a reputation for many health benefits.

Juice all ingredients together except argan oil. Mix in the oil just before serving.

Joe Cross uses turmeric in a recipe from the Reboot Kitchen:

Cut all ingredients to fit through juicer.
Juice all.

He doesn’t add any oil but I think it’s a good idea to add some to make sure the turmeic is absorbed. Try adding some flaxseed oil or your favorite Omega blend.

Diet Doctor, Dr. Mike Roussell PhD, says “When selecting a turmeric drink, make sure that you are getting enough curcumin to make an impact on your health. A major problem with curcumin is that it’s very poorly absorbed; this is why you will see the addition of piperine (an extract from black pepper) or theracurcumin (a nanoparticle curcumin) in many curcumin supplements to enhance absorption.

10g turmeric, the amount found in common turmeric drinks, will give you 300mg curcumin. Without an absorption enhancer such as piperine, you can’t expect much of that curcumin to be taken up by your body, although not all is lost, as the spice can still provide benefits to your intestinal track.”

Turmeric is a great carminative, able to calm an upset digestive system by getting rid of gas and distention.

According to Graham Ryan, biochemist and nutritionist, significant amounts of curcumin are degraded in the drying process as well as some of the enzymes that aid in the digestion of the turmeric and absorption of the curcumin. It’s simply easier to get effective levels of curcumin when consuming the raw root compared to the dried.

Add turmeric root to your smoothies

To gain the benefits of turmeric root you can add it to a smoothie. Simply add a teaspoon or two of peeled and grated turmeric to your favorite smoothie that contains avocado or coconut oil to provide the fat to help with absorption.

Both the color and flavor of fresh turmeric make this golden-colored rhizome a particularly good addition to mango smoothies.

It’s quite easy and fun to grow your own turmeric root. You can find out how in this article.

(based on a recipe from AJ Govoni, a certified fitness professional)
Inflammation is now considered to be at the root of most diseases. I have written before about how a detox diet can help calm inflammation.

Put all ingredients in blender and add enough liquid to allow the blades to turn. Add more water to make a thinner consistency.
Enjoy!

Here’s a recipe for using turmeric root in a tea. 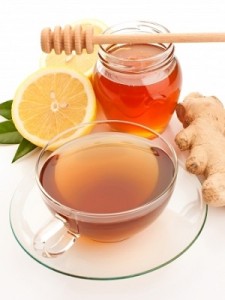 Fill mug halfway full with boiling water.
Add in turmeric and ginger.
Cover and let steep for 10-15 minutes.
Stir in cinnamon, black pepper, vanilla and honey.
Fill the rest of the mug with coconut milk and stir.
Enjoy!

Best to look for organic Turmeric root as it will have more of those healthy nutrients. It’s becoming more available in grocery and natural food stores but you can order it from online companies.

Have you tried turmeric root yet? What’s your favorite way of using it?

Previous Post: « Best Body Cleanse For A Fall Energy Boost
Next Post: Detox Drink Recipes That Will Surprise You »