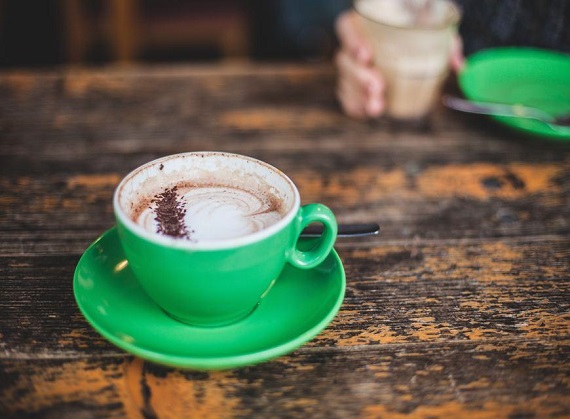 Kratom has really become a hot topic these days, and if you work within the health and wellness field, or if fitness is important to you, then you may have a few questions about its effects and benefits. In learning more and more about Kratom, you may have heard that it is, in fact, quite like caffeine in many ways. As that both Kratom and caffeine are known for their energy-boosting advantages, there may be a lot more to their similarities than you might think.

While Kratom definitely isn’t new to the party, there are still a lot of things about Kratom that the average person may not be aware of or understand. So, let’s delve a little deeper into both caffeine and Kratom to better see their parallel benefits, uses and effects.

Kratom is derived from the large, broad leaves of the Mitragyna speciosa plant, which is mostly  native to Southeastern Asia. Many people initially think of Kratom as an herbal supplement. However, it is actually what is known as a raw botanical. It provides numerous variants from its biochemical properties.

One thing to keep in mind with Kratom is that each Kratom strain offers different veins, which transcends to a variety of different benefits. It all depends on which strain and vein you purchase, which is why it is extremely important to be educated on the subject.

Caffeine in a Nutshell

Caffeine is more diverse than Kratom in one particular way: rather than coming from a single plant, caffeine is derived from over 60 different plants. So, there are numerous ways to consume caffeine as a stimulant of the central nervous system. However, when you think about a caffeine pick-me-up, you’re probably envisioning your choice of latte, cappuccino or your favorite soft drink.

Caffeine is legal, even though it is technically considered a psychoactive drug but lacks some of the harmful side effects often associated with these agents. It is best known for creating a boost of energy, which is why you hear so many people comment that they can’t function until they’ve had their cup of coffee in the morning. 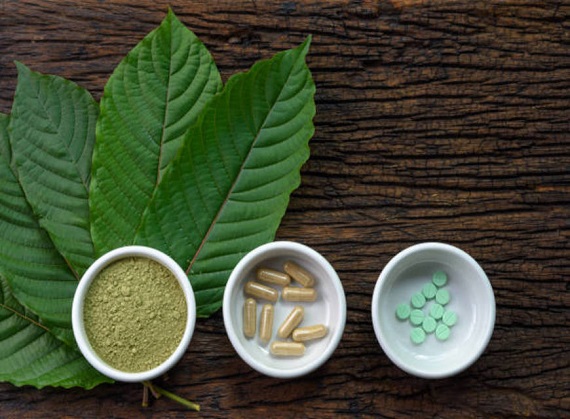 As that you now know a little more about the basics of both Kratom and caffeine, you may be wondering about some of their other similarities. So, we’ll start at the beginning!

As already noted, both Kratom and caffeine both come from plants, with the active ingredients naturally derived. Yet, the greatest similarity lies in the plant itself, as that both have origins in the Rubiaceae plant family. Mitragyna speciosa is very close to a coffee tree. In fact, you could call them second cousins!

Kratom and caffeine share the certitude that the alkaloids in both are the properties that create the results that you may be hoping to achieve. However, know that different alkaloids can produce different effects. Also, remember that each strain has different veins as well, so there can be a variety of potential benefits.

A handful of the alkaloids found in Kratom are:

Caffeine works in a similar way, even though coffee is actually an alkaloid itself, most commonly used as a stimulant. Caffeine is comprised of:

Kratom has many uses, but it is still similar to caffeine in that most seek out its stimulating effects. Scientific research illustrates that Kratom has many other potential benefits, though, which can help other problematic symptoms.

Both Kratom and caffeine can be ingested into the body in several different ways.

You can use Kratom leaves to make either a cup of tea or coffee, while you can blend Kratom powder into a smoothie. Kratom powder can also be made into capsules, which is popular with people trying to maintain a healthy weight.

Caffeine is most commonly associated with coffee, teas and sodas. However, it is also included in a number of dietary supplements and multivitamins.

By now, it should be quite evident that the similarities between Kratom and caffeine are many, with both offering numerous advantages to the user in a variety of methods. And to top it all off,  anecdotal reports show that Kratom shows no more signs of addiction than drinking your favorite cup of coffee, so you are free to choose with peace of mind.

While Kratom and caffeine are popular primarily for their stimulating effects, it’s best to keep in mind that research is showing that Kratom can offer much more than a pick-me-up at the office after lunch. The good news is that scientists are still continuing to discover the many benefits of Kratom, but it can potentially assist with insomnia, help alleviate stress and often lessen the severity of withdrawal symptoms from opiates and other similar drugs.

Now, all you have to do is decide if you want that piping hot cup of tea, or if you’re leaning more toward a Kratom smoothie. Your mornings might become more productive than ever!

Author Bio: Lisa Gigerenzer is a long time digital marketeer and content writer at Mitra Science which provides access to rare species in the Mitragyna genus.

Kratom in a cup photo by Clem Onojeghuo on Unsplash

Previous Post: « 7 Reasons Why Skin Looks Dull
Next Post: Reasons to Include CBD Oil in Your Detox Program »