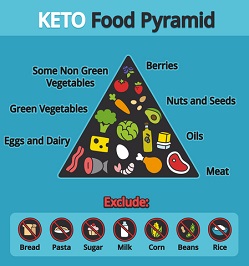 Both the Ketogenic Diet and Paleo Diet have been in the news recently as celebrities endorse them for “carb detox” and subsequent weight loss.

Carb detox , like a sugar detox,  is not really a detox at all but simply a way of reducing carbohydrates in your diet and replacing them with healthy fat and protein in order to lose weight.

You could call these diets a type of detox diet because both diets, if done correctly, lead to fat loss and, as toxins are stored in the fat cells, when you lose fat you will release those stored toxins into the blood stream. They will then be taken to the liver to be processed and hopefully detoxed if your detox pathways have the right nutrients to function efficiently.

What exactly is a Ketogenic Diet?

In a ketogenic, aka low-carb diet, you’re basically lowering your carbohydrate intake drastically, and increasing your healthy fat intake while eating adequate amounts of healthy protein.

The goal behind the diet is to reach a state of ketosis where the body relies on metabolizing fat to produce energy instead of glucose, which comes directly from carbohydrates.

The body will use glucose first if it’s readily available because it’s easier and quicker to metabolize. The problem for many people is that when it’s not used up to produce energy or stored as glycogen in muscles it is quickly stored as fat. There is only so much glycogen muscles can store.

How Low-Carb Can You Go?

When you follow a keto diet, you reduce the amount of glucose in your body to the bare minimum so your body turns to using ketones.

Ketones are a type of fatty acid, which are a direct result of the liver breaking down fats. Ketones are a major source of energy for all major organs, especially the brain that is why people on the keto diet often feel more focused and alert.

Although it used to be thought that the brain needed glucose to function best studies have shown it actually runs about 70% more efficiently on ketones.

The majority if people will need to consume less than 50 grams of carbs per day to get into the state of ketosis.

Note: This is not the same as diabetic ketoacidosis which is usually accompanied by high blood glucose levels.

Benefits of a keto diet:

Are there any side effects?

Critics say the diet is an unhealthy way to lose weight and in some instances it can be downright dangerous.

Some health practitioners warn that a low carbohydrate diet can result in hypothyroid but two of the top low-carb nutritional health researchers in the world Dr. Stephen Phinney and Dr. Jeff Volek say it is  myth and has not shown up in any of their studies of people on a well-formulated low-carb diet with adequate calories.

One of the most common side effects listed is gastrointestinal  issues such as constipation, diarrhea, pain and bloating with disruption of the bowel flora.

Some have reported that women may suffer from lack of periods or altered menstrual cycles.

As with any new diet, your body will experience a few, harmless side effects which will be over usually within several days. This initial stage of a keto diet is referred to as “keto flu” because of its flu-like symptoms, which may include digestive discomfort, a lethargic-feeling, sleep issues, and mild nausea.  This is thought to be due to the withdrawal of carbohydrates before the body switches over to using fats for energy.
Whatever the case many overweight people have used it successfully as a “carb detox” and lost weight.

If you happen to get keto flu when you start a keto diet then here are a few tips on how to get through it fast.

Dr Brianna Stubbs, a world expert in ketone metabolism, has some actionable tips as well to overcome it backed up by scientific evidence and research.  Check them out here.

What is a Paleo Diet? 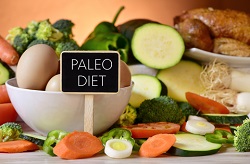 A paleo diet is all about trying to eat like Paleolithic man did. Although many argue that is not possible today it essentially means eating fresh, healthy, wholesome foods that have not been contaminated with additives and preservatives.

It quickly improves the metabolic effects of the body as well as body composition. People feel lighter and actually start to lose weight with this diet because like the Keto diet it makes people feel full quicker so they tend to consume less food.

Benefits of a Paleo diet:

Daily calories are divided as follows:

15% come from fruits, veggies, nuts and seeds each

There is no dairy (some consume butter from grass fed animals), no salt or sugar, and no true grains although grain like seeds such as quinoa, buckwheat and amaranth are allowed.

One of the risks of a Paleo diet is that it could lead to an insufficient Vitamin D & calcium intake and a risk of toxins, especially mercury from a high fish consumption.

Differences between Keto and Paleo:

Paleo diets are not very low-carb. Generally between 50 and 100 grams are eaten for moderate fat loss. It focuses on eating foods with healthy fat and protein but doesn’t necessarily avoid carrots, sweet potatoes, and other foods high in carbohydrates.

Keto diets are mainly very low-carb (below 50 grams a day), eliminating all starches and sugars, including fruit except a few berries. Most of the carbs on a keto diet come from non-starchy vegetables.

Paleo diets may seem high in fat if you are not used to eating it but it is not as high in fat as the ketogenic diet. While the Paleo diet in its purest form may have been into foods high in fat, today’s ever-evolving paleo community alters its needs according to the latest research.

Keto diets are high in healthy fats.  In fact, it is the primary element of low carb as it supports ketosis, or the metabolic process of burning fat for energy versus dietary carbs.

Paleo diet fans tend not to eat many dairy products , if at all.  Keto diet fans think dairy is a great way to add fat to their diets.

Many people successfully lose weight on either diet. Some successfully switch between the two. You can start eating the Paleo way first and if you are not seeing the weight loss results you want you can switch fairly easily to a keto diet.

When you  “carb detox”, you should  start seeing positive results within the first 2-3 weeks.

Everything from the inside out will start feeling healthier, you will also see your weight dropping without losing any of your muscle mass.

Remember that consistency is the key. So make sure to give your body time to adjust to this new routine and metabolic state. Once you get the hang of it, it will definitely become easier.

Check with your physician or nutrition expert before starting just to make sure you’re on the right track to becoming fitter, stronger, and healthier. 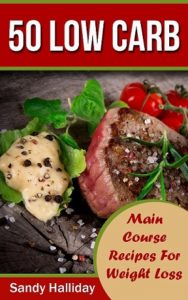