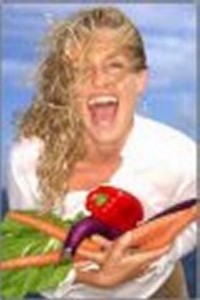 Anyone can benefit from detoxification, from individuals with poor lifestyle and resulting sluggishness of all systems, through to those who follow healthy regimes but who want to specifically intensify their body’s natural mechanisms and achieve even greater health.

There is no one single method of ‘detox’ – detoxification is about making personal choices of how widely and deeply you wish to cleanse, over what period of time, and which tools you choose to support you. We hope this guide will help you with the choices available if you intend to cleanse your body and mind.

Detoxification techniques are not just about lifestyle choices, but are in fact a vital part of the naturopathic nutritionist’s armoury of treatments. Detoxification is a natural physiological process used to rid the body of unwanted chemicals which are capable of harming the body system . Such chemicals include those produced by the body’s own metabolic processes and those we are exposed to in our environment (plastics, metals, pesticides, and fumes).

The body has a sophisticated system of circulating fluids to pick up and transport toxins, and organs to neutralise and excrete them from the body, including the liver, kidneys, and skin.

The modern environment and lifestyle adds additional burdens to the body and its natural processes of detoxification can be overwhelmed. Such congestion and dysfunction may be a key barrier to health. As naturopathic nutrition aims to encourage the body to function as well as possible – to self-heal – assisting detoxification is a key therapeutic aim.

These are wide ranging, affecting all systems. The individual manifestation of toxicity is dependent on the person’s inherent weaknesses i.e. for one person the focus may be the skin, for another the muscles and nervous system.

Toxicity occurs at multiple levels, levels which ordinarily would operate as channels for ridding the body of unwanted substances . The most fundamental level is the cellular level. Cells are the powerhouses of the body’s many complex functions and need to have an appropriate flow of nutrients in and waste out. An example of toxins directly affecting cellular function occurs when heavy metals such as mercury are utilised in enzymes in place of zinc, because of the minerals’ structural similarity.

Cells also need to exist in correct pH conditions to ensure optimum function. To maintain cellular health and responsiveness, sodium and potassium levels should be balanced with a low level of sodium inside the cell, as sodium is the main electrolyte substance outside of the cell and potassium the main one inside the cell. This creates a ‘dynamic tension’  which enables the cell to function properly in response to a stimulus.

An incorrect balance of either substance will affect cellular functioning throughout the body, resulting in a range of symptoms. The ‘sodium-potassium pump’ maintains balance by moving either substance in/out of cells. This process is dependent upon ATP (the key energy molecule which the cells utilise) and magnesium.  Either a magnesium deficiency or continued activity using up ATP will gradually cause the pump to fail. This results in imbalance and general tiredness through the day.

Transported toxins are usually processed by the liver. This large, vital abdominal organ operates as chemical factory, breaking down substances via a number of reactions so they can be excreted through the digestive system or the kidneys. The liver’s function can be overwhelmed by lifestyle, impaired by congestion due to stagnation of blood or excessive fats and can atrophy with use of alcohol. Supporting the liver is vital to good health.

The liver processes toxins through two phases: Phase 1 involves rendering fat soluble toxins water soluble utilising the activity of P450 enzymes. However the resulting epoxides or hydrogen peroxides are quite toxic in themselves.

Phase 2 is then utilised to further neutralise the resulting chemicals using the selenium and sulphur amino dependent glutathione peroxidase.  The liver outputs its deconjugated toxins through bile or shunts them through the kidneys. Steroid hormones, excess cholesterol, and pharmaceutical agents are just some of the substances excreted from the liver.

The Lungs and Skin

Lungs and skin are an alternative route to eliminate water soluble toxins. The body may particularly use these routes when the liver and kidneys are struggling.

The kidneys are a key outlet for ridding the body of water soluble toxins and a vital mechanism through which sodium or potassium in excess can be excreted out of the body from the bloodstream, helping to maintain balance.  The presence of the sodium-potassium pump in the Loop of Henle selectively extracts and replaces sodium or potassium until a balance is achieved. Again, this process depends on magnesium and available energy/oxygen. The sodium-potassium balance can easily be disturbed as a result of our modern lifestyle and diet.

The kidneys usually have to work very hard to maintain homeostasis. The modern diet is too complex and overloaded with sodium. Furthermore general toxicity in the body has to be dealt with by the kidneys as the ‘last line of defence’ for detoxification and elimination. So the kidneys need to process and excrete a large amount of chemicals to balance the fluids of the blood and therefore cells. Unsurprisingly the kidneys can become overworked and not function as well in this respect.

A Plan to Support Detoxification

Detoxification means many things and has a popular image which can be misleading. In point of fact there is a continuum of detoxification ranging from gentle to more powerful techniques that would need to be matched to the individual’s level of need and ability to handle the treatment.

It is important that the rate of release of toxins from cells should correspond to their rate of elimination. There are also levels of detoxification that can be stimulated individually or in simultaneously including the bowel, the liver, the kidneys, the lymphatic system, skin and cells.

Detoxification can be done intensively and may shock the body into ridding itself of chronic conditions. People often undertake such regimes on retreats. Unsupervised, such rapid and deep cleansing may be dangerous. Deep detoxification should always be undertaken under the guidance of a practitioner. More commonly detoxification is a gentle process undertaken over a longer period of time.

Detoxification should not be undertaken if  pregnant, breast feeding, convalescing, or receiving medical treatment (unless the doctor agrees)

Detoxification often results in symptoms worsening before improving. This is a natural ‘healing crisis’ and can be explained as the body throwing off that which it has acquired through ill-health. Symptoms may include skin rashes, inflammation, joint and muscle pain.

It is important to remember your body is constantly eliminating toxins and that your body wants to be well; it is its natural state. In this sense prevention is better than cure, and so one of the best ways to detoxify is to prevent toxins getting into the body in the first place. Lifestyle changes are vital. Read food labels, become familiar with food additives, buy organic if possible or even grow your own! Your diet should be unadulterated.

This is Part 1 of an article was written by Barbara Wren, principal of the College of Natural Nutrition. You can read part 2 here:  Naturopathic Detoxification – Part 2