Deprecated: wp_make_content_images_responsive is deprecated since version 5.5.0! Use wp_filter_content_tags() instead. in /home/sanhal/public_html/blog/wp-includes/functions.php on line 4773 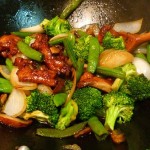 The actor Kellan Lutz recently announced that he was going on a Paleo Detox because he was feeling unhealthy after gaining weight for his role as Hercules in a new film. A nutritionist originally recommended that he went on a plant based diet but he said he loves meat too much to give it up so ...

END_OF_DOCUMENT_TOKEN_TO_BE_REPLACED

We use cookies to ensure that we give you the best experience on our website. If you continue to use this site we will assume that you are happy with it.OkPrivacy policy