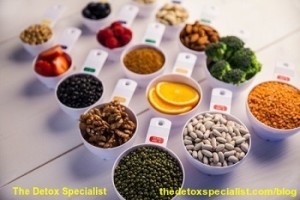 If you have been neglecting bowel cleansing then the predictions for a return to high fiber foods this year can only be good. Fiber is good for your health in so many ways but more of that later.

Supermarket bosses have said that people are rejecting the soft, basic, white loaves in favor of speciality loaves with added fiber.

That strikes me as strange because if wheat was not refined in the first place they would not have to add back the fiber but it seems many people still prefer white bread to brown.

Please note that I am not advocating eating wheat bread as a way to get your fiber. Far from it!

Wheat contains gluten and, although doctors say that the trend towards a gluten free diet is just a fad and has no basis, a lot of people who avoid gluten are finding their digestive symptoms disappear and their health improves.

Gluten grains are generally avoided on detox diets because gluten is hard to digest and it’s certainly not recommended for bowel cleansing.

Dr Alessio Fasano, tireless researcher into Celiac disease and gluten intolerance, says that no one can fully digest modern wheat which can cause problems for a lot of people.

There are much better ways to get your fiber for cleansing your bowel than from bread.

What exactly is fiber?

Fiber is the part of vegetables, fruits, beans, grains, nuts and seeds that you can’t digest.

Soluble fiber nourishes the good bacteria in the bowel, lowers cholesterol, slows the rate that sugar is released into the blood stream, reduces the level of estrogen in the blood lessening the risk of breast cancer, and binds up heavy metals in the digestive system.

Researchers have said that the daily intake of fiber can cut the risk of breast cancer by a quarter. It’s never to early to start eating fiber. The researchers say that the earlier teenagers start eating more fiber rich foods the more they are protected in the future.

Most important for people who want to lose weight soluble fiber binds with liquids to form a gummy gel that makes you feel fuller for longer so you are not tempted by unhealthy snacks to keep you going between meals.

Where is soluble fiber found?

Insoluble fiber lessens the risk of bowel cancer by increasing the bulk of the stool and speeding transit time. This is important for bowel cleansing.

Indirectly, by preventing constipation, the fiber lessens the chance of hemorrhoids, diverticulitis, appendicitis and other conditions of the bowel.

Where is insoluble fiber found?

Insoluble fiber is found in the seeds and skins of plants, in foods such as wheat bran, brown rice, rye, lentils, flax seeds, cabbage, lettuce, onions and bell peppers.

Seeds and nuts have a moderate amount of fiber, most of which is insoluble.

How much fiber do you need?

The diets of people living in areas known for good health and longevity contain much higher amounts of fiber than the people eating a typical Western diet.  According to the Institute of Medicine the average adult only eats 15 grams of fiber a day. Women should be eating 25 grams  a day, and men need 38 grams a day.

Fast food and junk food are not only devoid of real nutrition they are missing a crucial fat fighting nutrient – fiber. The more a food is processed the more fiber is removed.  Don’t forget this naturally occurring nutrient is fat free, cholesterol free and calorie free.

Okay now you know what fiber is and what it does let’s get down to the nitty gritty of bowel cleansing, aka colon cleansing.

Let’s face it, bowel cleansing is a very controversial method of detoxification and cleansing. There seems to be no middle viewpoint. People are either very much in favor of it or violently opposed.

Those who favor it feel that the health of the colon is reflected in the body. Those who oppose it feel that some cleansing methods are invasive and that proper diet along with adequate fluids and exercise should be all you need for your bowels to move regularly.

Consequenses of lack of fiber

If you don’t get an adequate amount of fiber in your diet you can get a decrease in the good bacteria in your bowel. This is the beginning of a toxic bowel now known as dybiosis.

An unhealthy bowel produces toxins which are then absorbed into the body causing many symptoms.

It’s important to make sure your bowels move several times a day before attempting to do any sort of detox diet so the toxins are expelled as quickly as possible.   Here’s how to Start Your Detox With A Bowel Cleansing Diet

When food sits in the colon too long from lack of fiber and hydration the unhealthy bacteria can uncouple toxins that the liver has just detoxified. When this happens they get reabsorbed into the blood circulation and are then taken back to the liver to go through the whole detox process again.

Most mainstream doctors never consider bowel toxicity as a problem nor do they suggest bowel cleansing as a solution to many vague symptoms in the rest of the body that cannot be labeled as a specific disease.

Many doctors still consider that having only several bowel movements a week is normal for that person. It may be normal for them but it’s certainly not healthy.

Symptoms of bowel toxicity can include:

How to do bowel cleansing

There are many forms of bowel cleansing. They can include herbs, fiber supplements, clays, enemas, colonic hydrotherapy, green juices and smoothies, prune juice, flaxseeds and chlorphyll.

The simplest method is to increase fiber in the form of fruit and vegetables and liquids such as pure water, green juices or green smoothies while reducing animal protein, sugar, white flour products and gluten grains such as wheat, barley and rye.

Unfortunately many people with gut disorders have a hard time when they try to increase fiber, particularly insoluble fiber. Usually, cooking, juicing, pureeing and fermenting vegetables and fruit will help.

Flax seeds whole or ground are an easy and gentle way to cleanse the bowel.

Get the instructions here: How To Do A Flaxseed Cleanse

Go to the link below to read more simple ways of cleansing your colon:

So do you think you need to do some bowel cleansing? Whether you think you do or not there is no doubt that the majority of people do not eat enough fiber and eating more of the right kind of fiber will only improve your health.