The whole idea of a weight loss detox is not primarily to lose weight but to get rid of chemicals in your body that interfere with the weight control system. Most of these chemicals are fat soluble. This means that unless your liver gets rid of them as they enter the body they get stored in the fatty layers of cells and tissues and fat cells themsleves.

As we are bombarded with so many of these fat soluble toxins, many of them get into our bodies so it’s not hard to understand how so many get stored in our cells and tissues.

In fact it’s said that if you are exposed to a lot of these chemicals your body will make extra fat cells just to store them where they cause free radical damage and degeneration.

Researchers have show that we all harbor a number of toxic chemicals in our tissues which puts paid to the idea that our detox organs do not need any help to detox. Something we are told at the beginning of every year by numerous doctors and dietitians in spite of the evidence to the contrary. 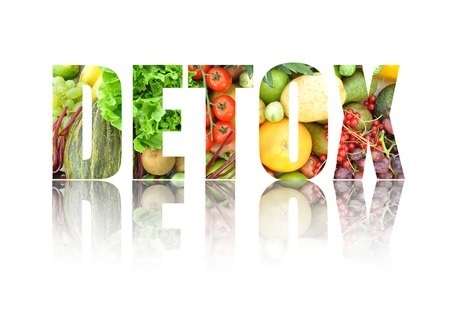 What happens to these toxins when you follow a weight loss detox?

This was a question that was put to Tom Venuto recently and he has given me permission to republish his very detailed reply here:

QUESTION: Dear Tom: I have been following your Burn The Fat system with good results. I am losing body fat and maintaining my current lean mass. I’ve noticed that during my calorie deficit phase I sometimes suffer from light headedness and nausea out of the blue for no particular reason but not during my maintenance phase. I was looking into it and read an article that said that toxins from the food in the “typical American diet” of processed crappy foods get stored inside our fat cells along with excess dietary fat when we overeat, and when we create a calorie deficit and burn the excess fat in our bodies, we release those toxins back into the blood stream. Have you ever heard of this? Any truth? ?

ANSWER: Yes, your fat cells can accumulate numerous types of toxins. For example, almost everyone has traces of pesticides in their bodies. Many people freak out when they hear this, so they become more likely to fall for all kinds of bizarre and usually unproven “detoxification” rituals. It is a shame that our environment has become polluted, but the real questions are whether trace amounts of these substances pose any health risk and whether you actually have toxic levels in your body.

One group of substances that has come to attention recently in the context of fat loss, (in addition to health concerns), is organochlorines, including DDT, PCB’s and Dioxins. There is scientific evidence that these chemicals can be stored in fat cells and are released into your system when fat is lost.

The fish and wildlife service web page (fws.gov) has some detailed info on the chemistry and toxicology. One part was of particular interest:

“Organochlorines (OC’s) are compounds that contain carbon, chlorine, and hydrogen. Their chlorine-carbon bonds are very strong which means that they do not break down easily. They are highly insoluble in water, but are attracted to fats. Since they resist metabolism and are readily stored in fatty tissue of any animal ingesting them, they accumulate in animals in higher trophic levels. This may occur when birds eat fish that have been exposed to the contaminant. It may also affect humans if they drink milk of a dairy cow that has ingested the chemical because the chemical is excreted in its milk fat. This is called biological magnification.”

Toxic chemicals persist in the environment

Some people may recall Rachel Carson and “Silent Spring” back in the 1960’s which was largely responsible for the environmental movement and banning of DDT pesticides. Despite being banned decades ago, these chemicals can remain in our environment and in our bodies for years and organochlorine pollution appears to remain a very real issue today.

As for the release of these substances from your fat cells with weight loss, well, what can you say; those are the consequences of environmental pollution and this is just one more reason to stay lean and eat clean and perhaps also, do your share to take care of our environment, if you are so inclined. But I do believe for the most part, your body is quite well equipped to naturally detoxify most toxins that are ingested in “normal” (small) amounts or would likely be released slowly with normal rates of fat loss. I don’t think this is a reason NOT to lose weight, although some researchers say that obese men and women have to “weigh the health advantages of losing the weight with a potentially harmful effect.”

Unfortunately, there is another twist: Some data suggests that if these chemicals are released into your system as you lose weight, they could hamper fat loss by decreasing thyroid (T3 conversion) or reducing thermogenesis during weight loss if an obese person had accumulated these chemicals in their fat cells.

Everyone who loses weight experiences some degree of metabolic adaptation as they diet and lose weight, and some obese people seem to have a defect in thermogenesis or their hormones may be out of whack. Scientists began wondering if chemicals released from stored fat into circulation could be a cause of this metabolic slowdown. To the best of my knowledge, these findings have not been confirmed as causative through experimental research, but it’s a disturbing prospect because getting lean is hard enough as it is.

Regarding the question about nausea and light headedness, I looked at several scientific studies on this subject and even after reading the full papers, I did not see any references to nausea or light headedness being related to Organochlorine release with weight loss. I did, however, see references to suppressed immune system and estrogenic effects in addition to the effects on thyroid. Light headedness could be as simple as low glycogen or blood sugar and caloric deficit.

Do not yo-yo diet

If you take this research at face value it creates quite a conundrum, doesn’t it? My advice is… don’t. Don’t be alarmist. Take the weight off anyway. Do it slowly and safely, and then keep it off – do NOT cycle up and down in weight. Also, this might be yet one more good reason to question the wisdom of losing weight quickly since the total body burden of OC’s is greater in overweight people than in lean people, leaving them more susceptible to adverse effects. As one researcher said, “it could be preferable to moderate body weight loss.”

I wouldn’t let articles about “the typical American diet poisoning you with toxins” make you worry too much or jump on any bizarre detox rituals that don’t have scientific support. You have to be pretty careful in the area of “detoxification” because it is filled with quackery and pseudoscience. Packaged, processed and refined foods are unhealthy. But this issue isn’t about chemicals used in food processing, nor is it as simple as saying that eating “junk food” fills you with toxins. This is an environmental pollution issue, where the toxins find their way into our food supply – even “clean foods” – and then into our bodies, where in this case, they remain there for years.

I know it would be great if I could end this article by telling you how to get the OC’s out of your system. Unfortunately, the research data I have read does not propose a solution yet. Some people choose organic to avoid pesticides that are still used today, although the benefits of that would be preventative, not retroactive. For now, the best bet is to lose weight at a sensible rate, maintain a healthy weight, and eat clean, unprocessed foods as much as possible.

If you’d like to learn more about how to decrease your body fat level in a safe, sensible, natural way, then visit: www.burnthefat.com

Tom Venuto is a natural bodybuilder, certified strength and conditioning specialist (CSCS) and a certified personal trainer (CPT). Tom is the author of “Burn the Fat, Feed The Muscle,” which teaches you how to get lean without drugs or supplements using methods of the world’s best bodybuilders and fitness models. Learn how to get rid of stubborn fat and increase your metabolism by visiting: www.burnthefat.com

When you follow a good Weight Loss Detox plan it’s important to support your detox systems properly with nutrients designed for the purpose. This will help to prevent any side effects from releasing the fat soluble toxins back into your blood stream.

A good weight loss detox plan is one that does not leave you starving. Although it may cut out some of the major allergenic foods like wheat and dairy it does not leave you without healthy alternatives. It supplies you with an abundance of nutrients that help support the body’s own detox system.

Previous Post: « Can I Add Raw Maca Powder To Detox Smoothies?
Next Post: Detox Your Way To Health »