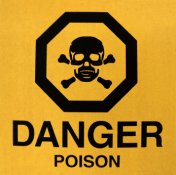 Heavy metal toxicity is a problem that occurs in many health conditions and diagnoses. Metals such as mercury, lead, arsenic and  aluminum
( a light metal) are known neurotoxins.

Heavy metal toxicity can cause everything from joint pain, brain fog,  fatigue and memory loss to inability to focus or concentrate. It’s important to detox heavy metals to improve your health.

Heavy Metal Toxicity is involved in many diseases

As well as autism and Lyme Disease heavy metal toxicity has been implicated in fibromyalgia, Parkinson’s Disease, and any illness with neurological involvement.  Assessing heavy metal load and detoxing high levels is one of the best things you can do if you want to recover from any health problem and before trying for a baby.

I would bet that many people who have not got any official diagnosis have high levels of heavy metals in their bodies that may be affecting their neurological function.  With the pollution surrounding us today, heavy metals are a part of the environment that we cannot escape.

Mercury: There are a few key sources of heavy metals in the body.  Mercury has come through vaccines (via thimerisol which is used as a preservative), amalgam fillings (which leech significant amounts into the body for many years) and through the air (coal-burning power plants produce high levels of mercury).

As mercury is pumped into the oceans as industrial waste, fish are contaminated, and that is another significant source.  A naturopathic doctor recently revealed that after eating quite a bit of seafood for one year, her mercury levels jumped up from 0.9 in to a scary 37 . The so called “normal” level is less than 4.  Mercury is a poison at any level!

Lead: Lead is the other heavy metal that is often elevated.  In the past there was lead in gas (petrol) paints, pipes and so on.  Even though many of those sources have been eradicated today, high lead levels still persist in the environment.

The drinking water in San Diego, California, was once sent off for evaluation and was reported to be high in lead, so tap water might be one possible source.  Older homes might still have lead-based paint and pipes, another potential source.  Our food, water and air are not quite what they used to be.

Arsenic: Testing done by Consumer Reports confirmed that rice has much higher concentrations of arsenic than other grains, fruits, and vegetables.  Rice is sometimes grown in fields that have been treated with arsenic-based pesticides in the past, but in many cases it’s because rice plants are grown in paddies and have a natural tendency to take up the naturally occurring arsenic in the water.

It’s also added to the feed of some commercially raised chickens. This means that their eggs are contaminated too.  High levels of Arsenic have also been found in some fruit juices.

Fortunately, there are good testing methods that can be used to assess the damage, and good protocols to remedy it.  One test is a challenge or provoked urine test.  We know that metals don’t stay in the blood stream for very long, so a regular blood test won’t give useful information unless there has been a very recent exposure.

Hair tests are another method but can be difficult to interpret. If your result is low it could simply mean that are not a good excretor of mercury. On the other hand high mercury could mean either you have high levels or that you were excreting it. So hair is not really a very good indicator.

The provoked urine test involves taking sample of urine before and after taking a set dose of a heavy metal chelator (an agent that helps to bind and excrete metals from the body). Urine is  collected for a defined period of time afterwards.  Some doctors say take a sample exactly 2 hours afterwards but others prefer you to collect the urine for 6  – 24 hours and send a small sample to the laboratory.

DMSA is one chelator used for this and liquid zeolite is another. The more heavy metal you have in your body the more the chelator pulls out. So although the result won’t tell you exactly how much you have in your body it will give a good indication if you have more than you should.
You can repeat the same test every two ro three months or so during treatment to make sure levels are steadily coming down.

There are various substances that can be used to help to detox the heavy metal toxicity. DMSA and EDTA are two that are widely used. DMSA seems to be more effective for mercury than lead.

The problem with DMSA is that it can also chelate minerals so you have to make sure you take extra minerals on days that the DMSA is not taken.  EDTA suppositories can be used where lead seems to be more of a problem. Again, minerals have to be given on the days the
suppositories are not used.

A third option is to use HMD. It is a more gentle remedy for highly sensitive individuals and those with chronic illnesses such as Lyme disease. HMD is a natural, oral, heavy metal chelator backed by a 3 year placebo-controlled study with 350 people.

Many trials with HMD showed conclusively that it effectively eliminates all metals including Aluminium, Antimony, Arsenic, Beryllium, Cadmium, Lead, Mercury, Nickel, Thallium and Uranium without removing the good, essential minerals from the body.

Before starting any heavy metal detox program its vitally important to make sure that your detox routes, the liver, kidneys, bowels, lymphatic system, and skin are all functioning well. This is very important, otherwise you could be overwhelmed with toxins if they are mobilized but not able to be eliminated.

I believe that it is very important get tested for heavy metal toxicity and detox heavy metals if you are trying to recover from any condition or simply want to improve your health.

You can find out more about HMD here:  Heavy Metal Detox