Colonic Irrigation is dangerous! That was the sensational headline in my newspaper. Thousands of people testify to the benefits of colonic irrigation or colonic hydrotherapy, as it is also called, as part of a detox plan so how can that be?

An article published last week in The Journal of Family Practice apparently claims that colon “cleansing” can cause side effects ranging from cramping to renal failure and death. Journalists have had a field day with it as you can imagine.

A press release published on the Georgetown University Medical Center website talks about colonic irrigation and herbal bowel cleansing (the two are often used together) and it is not clear exactly which procedure they are referring to. It states that researchers reviewed 20 scientific studies published in the last 10 years and came to the conclusion that there is very little evidence that it is beneficial.

Side effects of colon cleansing

In fact, they state that there are an abundance of studies noting side effects following the use of cleansing “products” including cramping, bloating, nausea, vomiting, electrolyte imbalance and renal failure.

It’s true that there are some harsh colon cleanse products on the market and for some people they do cause cramping and bloating and even nausea.  If you were to use laxatives a lot then it’s possible that you could get an electrolyte ( major minerals) imbalance.

In 2008 the FDA warned against some products used by doctors for bowel cleansing before colonoscopies and other bowel because they had been linked with kidney failure after using them but I have not heard of any herbal bowel cleansing products causing this.

In the USA the California Department of Health Services issued a statement in 1985 that listed some of the potential hazards of colon therapy, including infection and death from contaminated equipment, death from electrolyte depletion, and perforation (puncture) of the intestinal wall leading to life-threatening infection or death.

It’s true that if the practitioner has not had any formal training or does not take care to sterilize the equipment or the person has colonics too frequently then it could result in some of those problems.

I am not making light or making excuses about the potential dangers but the same problems can and do occur in hospital procedures too. Doctors have been known to perforate the bowel walls of patients during internal examinations and procedures. There have also been cases where equipment has been contaminated and patients have suffered the consequences.

As far as I am aware no serious side effects from colonics have ever been reported in Britain. The current advice from the UK’s National Health Service states that the procedure is normally safe but there is no scientific evidence to prove its effectiveness.

The main reason that there is no scientific evidence to prove it’s effectiveness is because research is expensive and there is no funding for it. The only evidence is anecdotal and there is plenty of that. 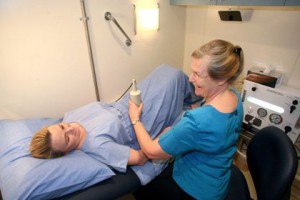 Colonics are an ancient method of healing

Colonic irrigation is an ancient method of healing and it would never have survived if people were not deriving some benefit from it. It involves flushing out toxins, gas, accumulated waste deposits and excess mucus from the colon with purified water introduced through a special sterilized tube.

There are reports that in the early 1900’s John H. Kellogg, M.D.used colonics on some forty thousand of his patients which saved them from surgery. The famous American Naturopath Bernard Jensen who treated more than 300,000 people in 50 years believed that poor bowel management is the root cause of many health problems.

The idea of auto-intoxication or self poisoning was popular until the early 20th Century when the idea started to be discredited by scientists. It is now known though that toxins can be reabsorbed back into the circulation and can overload the liver detox system and cause symptoms of ill health. In cases where there is leaky gut ( increased permeability) toxicity can also leak across the intestinal barrier.

Bernard Jensen demonstrated with many of his patients that washing out the colon could produce almost miraculous recovery from numerous complaints including skin problems, arthritis, prostate problems, breast cysts, diabetes, digestive problems and severe headaches.

I used to think that colonics were not natural but when I was ill with chronic fatigue I had one out of sheer desperation as I heard they had helped other people.. The foggy feeling I had in my head cleared for about 24 hours after the first treatment and I was convinced. I had several more and each time I felt better and better.

Colonic irrigation is not for everyone

Colonics do not suit everyone. Some people do react badly to them with nausea and cramps and diarrhea.  You should not have colonic irrigation if you have certain conditions such as cancer of the intestinal tract, severe hemorrhoids, strictures, high blood pressure, severe cardiac disease,  abdominal aneurism, severe anemia or any severe debilitating disease.

In spite of the lack of scientific evidence there is no doubt that colonic irrigation can be used successfully as an aid to detox for many health problems. If you decide to have a colonic make sure that you choose a therapist who has had formal training and is a member of the main colonic irrigation or hydrotherapy organization your country.