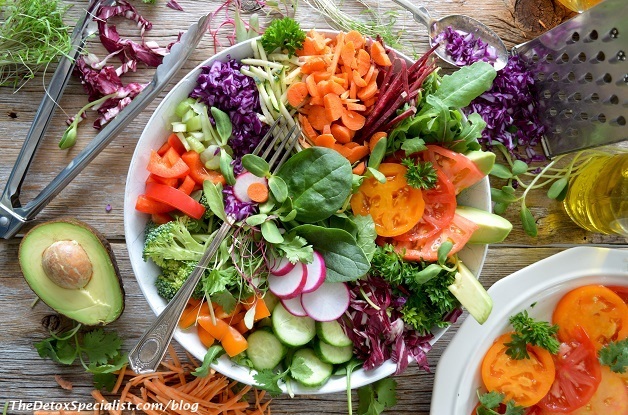 If you have ever thought about going on a raw food detox diet because you want to lose weight, then you are on the right track. Many people who have tried virtually every type of diet imaginable have turned to a raw food diet and been successful.

If you are carrying additional weight that needs to be released, then a 100% raw food detox diet is almost sure to solve that problem for you. There is nothing special you need to do, except eating all your food raw.

I say ‘releasing’ the weight because that is what in fact happens. When you gain weight, you are giving your body more food than it can use, so the excess is stored as fat in the millions of cells in different parts of your body. When you start to eat in a healthier way, those cells start to release the fat back into the system and it is converted to energy that you can use.

People have been known to lose 100 pounds or more on a raw diet without even trying, other than the effort it takes to stay raw . There is no calorie counting, no daily food plan, just purely raw foods that are healthy and safe to eat, eating when you are hungry and stopping when you feel satisfied.

New data presented at Nutrition 2018, the meeting of the American Society for Nutrition, confirmed evidence that a plant-based diet is linked to a wealth of health benefits. While plant-based diets are not necessarily raw food the fact is that a plant food diet has enormous health benefits such as reducing your risk of obesity, heart disease, cancer, diabetes, and cognitive decline.

There are several different types of raw food diet:

This is the most popular type of raw food diet especially for detox. Raw vegans eat no animal flesh, poultry or fish and nothing that is produced by animals (no milk products, no honey). Protein comes from nuts, seeds, vegetables and sprouted legumes.

Paleolithic and other meat-eating raw diets

Some raw food eaters follow a diet based around eating raw meat, especially from animals that can graze, e.g. beef and bison. 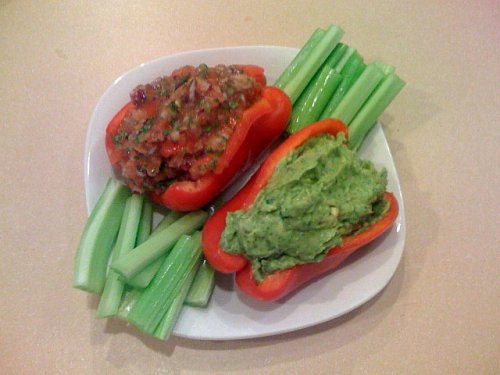 A word of warning though. If you have a lot of weight to release, or if you have been eating a very unhealthy diet (be honest with yourself here), I don’t advise that you switch to a 100% raw diet right away.

This is because there is likely to be a detox effect where toxins from unhealthy food choices and lifestyle that were stored along with the fat in your cells are suddenly released back into the bloodstream. If you have too much of these toxins released at one time, the effects could be severe. So instead, consider a gradual transition.

Even if you are not overweight, you are still likely to lose weight on a raw food detox diet, at least at first. In some cases this causes a problem. For example, some women may find that their periods will stop. On the whole though, people find that their weight stabilizes in the lower part of the healthy weight range without becoming underweight.

So you have decided to go raw: congratulations!  You are almost certainly headed for a healthier lifestyle than you have ever had.

Now, how do you start? Do you jump right in with both feet, or do you go gradually?

Related reading: How To Get Started On A Raw Food Detox Diet

It’s entirely your choice. However, as I said earlier, in some cases it may be dangerous to switch to eating 100% raw overnight. The detoxifying effect can be very strong for some people.

Toxins can be released into the bloodstream, circulating around the body before they are processed by the major detox systems and excreted. This can be overwhelming for organs such as the liver.

Most people can expect some detox symptoms in the first few days such as headaches, digestive disorder, cough, runny nose. If your caffeine intake has been high (more than 3 servings total per day of coffee, tea or caffeinated soda) then you will almost certainly have caffeine related headaches unless you wean yourself off the caffeine gradually.

In the same way, you can reduce detox symptoms by transitioning to raw food gradually instead of switching to 100% raw immediately.

Transitioning To a Raw Food Detox Diet for weight loss

A good way to transition to raw is to start by having a 100% raw breakfast and raw snacks, and add a 100% raw dish such as a salad as a first course at your other meals. After a week or two, make your lunch 100% raw too. Then after another couple of weeks, convert your dinner to raw so that you stop having all cooked or processed food.

While you are in transition, keep in mind that what type of cooked food you eat is very important too. So while you are still having one or two cooked meals, slowly add in more vegetables to those meals and eliminate packaged foods and anything containing sugar.

Do you wonder what your life would be like if you were to get off the roller coaster of sugar, flour, caffeine, processed foods and antibiotic and hormone filled animal products?

What would your body look like if you gave it a break from processed foods? Glowing skin? Shinny Hair? Could you have a washboard flat stomach like those celebrities? Could you see those abs at last?

Why not give a raw food detox diet a go!

Previous Post: « Fruit Detox – Why Is fruit So Good?
Next Post: Detoxification is a Vital Part of the Lyme Disease Cure »