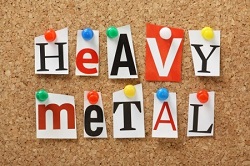 With the shocking news that counterfeit makeup laced with heavy metals has been flooding the market in the UK  journalists have been pointing out the amount of damage that they could cause in the body. None mention the fact that a heavy metal detox could help get them out.

While a number of people have suffered allergic reactions to the toxic metals other unsuspecting users of the bogus makeup, face cream and shower gels could be brewing up other health problems for themselves later in life.  This is not confined to people living in the UK though. Make up in other countries has been found to contain toxic metals too.

A police spokesman said “Fake cosmetics such as eyeliner, mascara, lip gloss and foundation have been found to contain toxic levels of chemicals and harmful substances such as arsenic, mercury and lead. All of these can cause allergic reactions, such as skin irritation, swelling, rashes and burns as well as leaving the consumer with longer-term health problems.”

If only they knew that a heavy metal detox could help them prevent health problems in the future from the toxic metals.

How do heavy metals do damage?

In the body heavy metals do their damage in a number of ways.

1. They interfere with the function of specific vitamins and minerals. This results in the malfunction of the enzymes that depend on those nutrients.

3. As a result certain processes such as the body’s antioxidant system are shut down and free radicals are left to attack cells.

4. Heavy metals can be directly toxic to human organs such as the brain, the kidneys, and the cardiovascular system.

What are the symptoms of heavy metal toxicity?

Unfortunately most mainstream doctors would not think of testing for heavy metal toxicity unless there is a history of metal exposure. The problem is that heavy metals only stay in the blood for about 45 days then they are stored in tissues and even bone so they are not going to show up in a standard blood or urine test unless very high amounts have accumulated.

How to do a heavy metal detox

There are a number of ways to detox toxic metals from your body.

Dr Isaac Eliaz, a pioneer of integrative medicine and tireless researcher says “Modified citrus pectin (MCP) helps remove heavy metals and environmental toxins from the digestive tract and circulation, and combats inflammation and improve cellular health and immunity. MCP has been clinically proven to eliminate lead, mercury, arsenic, and other heavy metals from the body, without affecting the minerals our bodies need”

Liquid zeolite is an oral supplement being used to successfully remove heavy metals, pesticides and other environmental toxins very safely and easily.

You can read more about it here 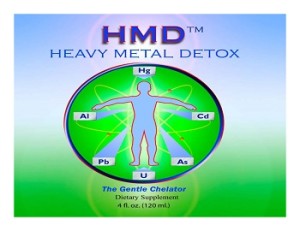 HMD is a 100% natural liquid supplement. It’s a gentle remedy that has been scientifically proven to work without removing any of your own minerals as so many synthetic substances do. It has no side effects.

You can read more about it towards the end of my article here.

An Alkalizing diet can help the detox enzymes function more efficiently. Drinking up to 16 oz of dark leafy vegetable juices every day will increase the chlorophyll in the blood which in turn can help with the detoxification of heavy metals.

You can read more about an alkalizing diet here.

You might be thinking that an ordinary detox program would remove metals but that is not always the case.

I have done a lot of detoxing over the years, including heavy metal detox, yet when I do a challenge test for heavy metals from time to time it still shows I have them in my body. Some people are better at eliminating them than others and I am apparently not!  It can take years to get them out but that’s not to say you have to wait years to see an improvement in your symptoms.

As usual if you have any serious health problems it’s best to be guided by a natural health practitioner or a functional medicine doctor who is familiar with heavy metal testing and treatment before embarking on a heavy metal detox.

Have you ever done a heavy metal detox or do you think you might do one now? Let me know in the comments below.

Previous Post: « Will Birch Sap Become The Detox Juice of the Year?
Next Post: Do You Need To Detox Your Body From Toxic Chemicals? »