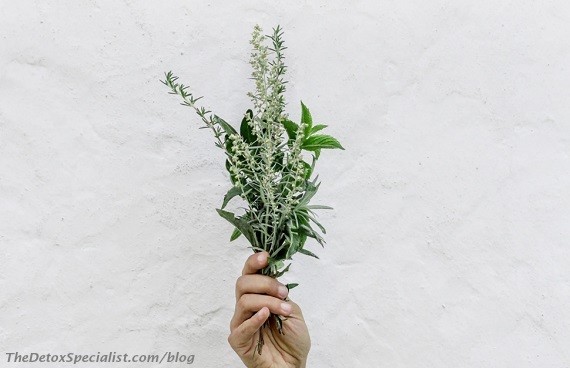 According to a study published by the Center for Disease Control, nearly half of all Americans used prescription drugs in a 30-day window from 2015-2016. The most common drugs were used for conditions such as asthma, attention deficit disorder (ADD), antidepressants, high cholesterol, and diabetes. This dependence on medication may be great for pharmaceutical companies, but it’s got people wondering if there might be a more natural way to manage their symptoms and achieve more vibrant health — without the side effects and long-term health risks of pharmaceuticals.

Fortunately, recent advances in health research and wider access to lab-grade facilities are seeing the emergence of a new class of pharmaceutical-grade, standardized ethnobotanicals and natural extracts that can provide a wonderful complement to regular detoxes and lifestyle changes. In addition to recommended detox superfoods like tiger nut milk, acacia fiber, and maqui berry, you might like to consider adding the following plants to your health regime for fewer pills on your counter and a boost to your short- and long-term health. 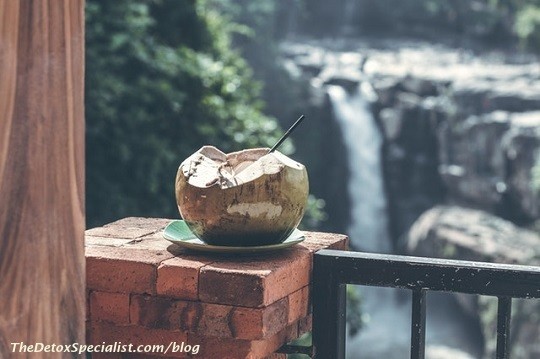 In the United States, anxiety disorders affect nearly 1 out of 5 people every year. Aqueous extracts of the kava — or kava kava — root from the South Pacific could change that. Used by Tongan and Fijian nationals in local medicine and cultural ceremonies, the traditional water-based preparation kava kava or Piper methysticum contains bioactive compounds called “kavalactones” that demonstrate a significantly positive effect on mental health.

Studies that Support Kava Kava for Depression and Anxiety

A 2009 randomized, placebo-controlled crossover trial was conducted using an aqueous (water-based) extract of Piper methysticum. In this study, a dose of 250mg of kavalactones was administered to 60 clinically anxious participants in the form of five tablets per day for three weeks.

The results of this trial were overwhelmingly positive with significant improvements to anxiety and depression scores. When taken over this three-week period, there were no adverse side effects or clinical hepatotoxicity (liver toxicity) observed.

In 2011, researchers from the University of Melbourne conducted a comprehensive review of the updated literature concerning kava as an anxiolytic and reached similar conclusions as the 2009 study mentioned previously. In four out of six studies reviewed, kava kava brought about significant improvements when used as a treatment for anxiety, although readers were advised to observe the following cautions when using the plant:

Kratom, also known as Mitragyna speciosa, is a tropical tree from Southeast Asia that is a member of the coffee (or Rubiaceae) family. The large green leaves of this evergreen tree were traditionally chewed by manual laborers in Thailand and Malaysia to help them fight the pain and fatigue of long workdays. In rural areas, especially, kratom was also used as a natural remedy for opiate withdrawal as it targets similar receptors in the brain.

More recently, dried and powdered kratom leaves have become popular in the United States and around the world as a natural solution for chronic pain as well as fatigue, insomnia, and stress.

What Does Science Say about Kratom?

In 2017, an animal model study was conducted to determine the effects of methanolic and alkaloid extracts of M. speciosa in rats. What the researchers found is that the alkaloids Mitragynine and 7-hydroxymitragynine alone were more effective for pain relief than crude plant extracts and that structurally-modified extracts of 7-hydroxymitragynine were actually more effective than morphine for pain management while causing fewer side effects in the animal subjects. The abstract concludes that human clinical trials are needed to confirm these results and validate the use of kratom extracts in a clinical setting. 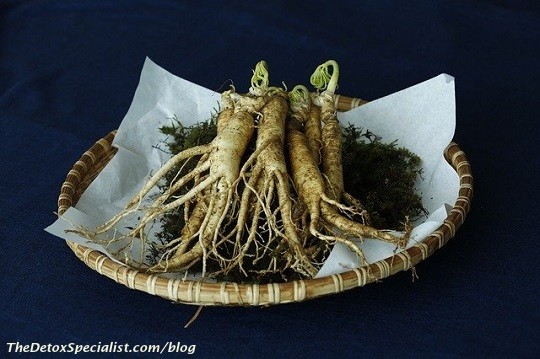 A root that has been used in Traditional Chinese Medicine (TCM) for centuries, Korean red ginseng is showing potential for a number of conditions that are typically medicated today. A systematic review of literature published in 2017 indicated that this ancient root is effective for reducing blood pressure in patients with hypertension and prehypertension. Additionally, Korean ginseng can help with:

This broad-spectrum plant can be purchased in capsule and liquid form in health food and naturopathic stores in most countries.

Deep in the Brazilian rainforest, the root and bark of a tree called Muira Puama or Ptychopetalum olacoides has been used in natural medicine for as long as people have inhabited the jungle. Its beneficial effects are primarily focused on the nervous system, and decoctions of the plant have traditionally been used to:

While Muira Puama has been studied for its effects on neural growth factor, the biggest attraction of this Amazonian root is its ability to enhance male sexual function. In the early 1990s, Dr. Jacques Wayneberg studied the effects of a 4:1 Muira Puama extract when administered to 262 men with low libido at a dose of 1 to 1.5 grams per day for two weeks.

The results of this study were significant, with 62% of the men describing a “dynamic” effect on libido and sexual function, and 51% of the men saying that the herb had been “beneficial” for having more and longer erections.

Could Muira Puama be the new Viagra? Hundreds of years of use and its nickname as “erection root” and “potency wood” indicate that it may well be an excellent choice.

Discover the Power of Nature for Improving Your Health

With current research now exploring the potential of plants for healing, there has never been a better time to find natural remedies that will help you enjoy better health. As you seek the perfect supplements to enhance your wellbeing, be sure to consult with a holistic-minded health practitioner and share your experiences with our community by adding a comment below!

Tess DiNapoli is an artist, freelance writer, and content strategist. She has a passion for yoga and often writes about health and wellness, but also enjoys covering the fashion industry and the world of fitness.