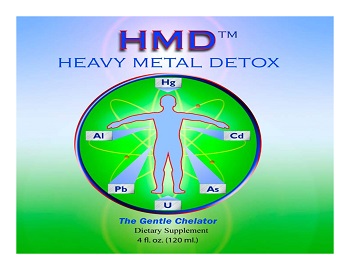 Have you ever considered that heavy metals could be the cause of your health problems? You might be very surprised at how many of your symptoms could disappear when you do a heavy metal detox.

Two friends of mine asked me recently if I knew of any natural solution for their conditions. One has been diagnosed with Peripheral Neuropathy and the other with Polymyalgia Rheumatica. My friend’s doctors could find no cause for his Peripheral Neuropathy. Common causes are diabetes and a B12 deficiency but they were ruled out.

Doctors don’t know the cause of Polymyalgia Rheumatica and the only solution they have is to prescribe steroids which only supresses the symptoms. She is naturally concerned about taking them long term because of the side effects.

Would you be surprised to learn that heavy metal toxicity and gluten intolerance could be an underlying cause of both conditions?

The study of toxic metals is an area not emphasized in medical schools. For this reason, mainstream doctors pay little attention to these important causes of disease.

Let’s face it. Many dentists are still unconvinced of the toxicity of mercury fillings. The only lead toxicity doctors recognise is if it shows up on a blood test. The problem is it doesn’t stay there long. It gets taken out of the blood and it’s stored in other places such as bones.

What are toxic metals?

Toxic metals are a group of minerals that have no known function in the body and are, in fact, harmful. These days we are exposed to the highest levels of these metals in recorded history.

Toxic metals are now everywhere and affect everyone on this earth. This is due to their industrial use, the unrestricted burning of coal, natural gas and petroleum, and incineration of waste materials worldwide.

Mike Adams of Natural News revealed a few months ago that significant levels of arsenic and cadmium had been found in samples of  rice they were testing. Arsenic is generally higher in brown rice than in white. Worse still there is far more arsenic in conventionally raised chicken and some edible seaweed than in rice.  More about arsenic in rice here and how to detox it.

Lead has been found at potentially dangerous levels in baby food. There is no safe level for lead

Heavy metals can affect the nervous system, gastrointestinal system, cardiovascular system, blood production, kidneys, and reproductive system. They have been linked to Autoimmune diseases, Chronic Fatigue Syndrome, Fibromyalgia and Lyme disease to name but a few.

Toxic metals are a major cause of illness

According to Dr Lawrence Wilson they have become a major cause of illness, aging and even genetic defects.

He says “In my clinical experience, everyone has excessive amounts of some, or all of the toxic metals”

Toxic metals are a group of minerals such as lead, mercury, antimony, arsenic, barium, beryllium, bismuth, bromine, cadmium, nickel, thallium, tin and uranium that have no known function in the body and are, in fact, harmful. Aluminium is a toxic metal that is often included in a list of toxic heavy metals although it is technically a light metal.

Why are metals so toxic?

An affected enzyme may operate at 5% of normal activity. This may contribute to many health conditions. Toxic metals may also replace other substances in other tissue structures. These tissues, such as the arteries, joints, bones and muscles, are weakened by the replacement process.

Toxic metals may also simply deposit in many sites, causing local irritation and other toxic effects.  They may also support development of fungal, bacterial and viral infections that are difficult or impossible to eradicate until this cause is removed.”

This is why it’s so important to detox heavy metals if you have Lyme Disease.

Mercury is probably one of the best-known and one of the worst environmental poisons. If you currently have dental fillings from childhood, or eat a diet heavy in fish, you likely have high levels of mercury.

Even after 30 years of lead paint being banned, there are frequent news reports about products containing un-safe levels of lead, from children’s toys to lipsticks.

Toxic and Heavy Metals affect the levels of important minerals and nutrients in the body. There is no doubt that we could all benefit from detoxing heavy metals.

How to detox heavy metals? 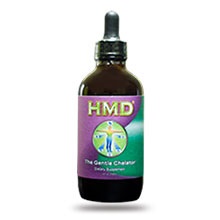 There are many ways to detox heavy metals from EDTA, DMPS, and DMSA chelators used by doctors for acute metal poisoning to more natural chelators like Chlorella, liquid zeolite.

HMD™ is a good choice backed by extensive research and testing.

It is a gentle chelator, proven to eliminate metals without side effects, is 100% natural and inexpensive. It contains Chlorella Growth Factor, a steam distillation extract of chlorella pyrenoidosa, Cilantro or Coriandrum sativum, a herb commonly known as coriander and a homoeopathic mixture of chlorella of different potencies.

Proof that it works

HMD™ is the only natural, patent-pending, toxic metal chelator in the world to be backed by a 3-year, double-blind, placebo controlled study (they are the studies that doctors like) with 350 people working in a metal foundry.

The trials show conclusively that HMD™ works effectively at eliminating all toxic metals including Aluminium, Antimony, Arsenic, Beryllium, Cadmium, Lead, Mercury, Nickel, Thallium and Uranium without removing the good, essential minerals from the body as some other chelators do.

Tell that to the doctors and others who say there is no evidence that detox works!

Many people have experienced a reduction or complete disappearance of symptoms related to toxins and heavy metals with the use of HMD.

Three months? Yes, three months initially and one month heavy metal detox annually after that. We are constantly being exposed to toxic heavy metals in the air we breathe, food, water, amalgram fillings, and many other sources – we can never completely free ourselves of all toxic metals. Periodic cleanses and detoxification programs are beneficial to our health and well-being.