Did you read recently that Kate Moss was seen out on the town re-toxing, only four days after going to the Bodrun detox spa in Turkey? Sacrilege!

Journalists’ headlines claimed she was fleeing early, assuming she was on a 7 day detox. According to the detox spa’s website the Master Detox is 4 – 21 days long so perhaps she only booked in for 4 days. 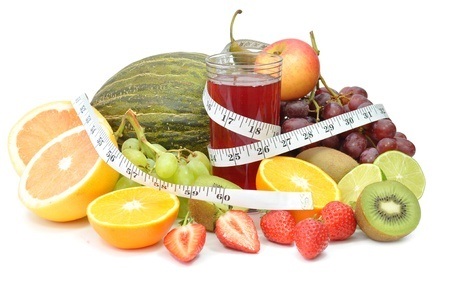 The point is though, however long she was there for, if she was on any sort of detox program (they do other therapies there as well) it would ruin any sort of detox to start drinking alcohol immediately afterwards. Just think of her poor liver.

I have often wondered what it would be like to go to one of these detox spas and lo and behold, when I opened my newspaper at the weekend, Jan Moir, a British newspaper columnist, had written a very entertaining two page article about her experience after she went there to find out what made Kate Moss flee so early.

She harps on a lot about the Angel of Water, the self administered, colonic irrigation treatment which is an important daily part of 7 day Master Detox Program.

When she got there she says she was asked if she had prepared herself for the cleanse with the two week Pre-Detox Program. She had managed just 2 days!

With any detox program it’s best not to go cold turkey. You will get far less in the way of “detox symptoms”, as many call them, if you do some preparation before hand.

Much better to gradually cut down on sugar, caffeine, processed foods, fried and fatty food and alcohol before starting any sort of detox plan. The headaches and fatigue that people often suffer are often due to the sudden withdrawal of sugar and caffeine and not detox symptoms at all.

Patel says that the detox drinks consist of fruit and vegetable juices with Bentonite Clay, psyllium husk powder, kelp and nettle extracts. She also had liver flush drinks and a selection of IV vitamins.

According to the website you can also drink as much soup and herbal tea as you like. That always helps to calm down any hunger pangs you might get.

Patel says she got a wave of depression and an energy crash on the fourth day but only ever craved a cup of coffee now and again. I can’t believe she said she grew to love the liver flush drink “made from orange juice, olive oil and a tongue searing amount of cayenne papper”. 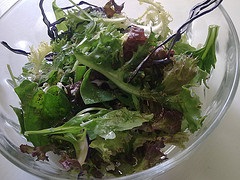 I like the idea of the Green Salad Detox which they say you can do 1-3 days before and after a Master Detox program as pre and post detox diet. It consists of raw vegetable and fruit juices, soups and salads of dark green leaves and sprouts, and alkaline water. Easy enough to do at home.

On the fifth day she had a colonic administered by a nurse. These are closed circuit systems which result in no odors that you may get with the open, self administered colemas. Amanda said they burned joss sticks to camaflage any odors. I hope they weren’t regular joss sticks and they are toxic!

Not sure why, when they charge such a lot of money at these places, that they make people do these colemas. I’d much rather have a colonic done by a therapist.

Colemas are a good way to do DIY colonics at home. Colema boards are relatively expensive but they work out cheaper than having a course of colonics from a therapist. I have done the VE Irons Vit-Ra-Tox 7 Day Cleansing Program, recommended by Bernard Jensen in his book Tissue Cleansing through Bowel Management, several times.
It’s easy enough to do and very effective.

This detox spa, frequented by the likes of Naomi Campbell, Kelly Brook and John Galliano, the fashion designer, is not as expensive as some apparently but you have the cost of getting there too.

It’s a lot cheaper to do your spa detox at home. It’s easy enough to get a colema board and the ingredients to do a colon cleanse. You need a juicer or a blender of course to make the detox drinks and a bristle brush to do some skin brushing. You could book yourself in for a couple of massages, go for some walks, do some yoga,  or do some gentle work outs at the gym.  All you need is some time off to do it.  Here’s a 2 Day Spa Detox Plan for you to try.

Have you ever taken the time to do all this at home? Any of it? Let me know in the comments.