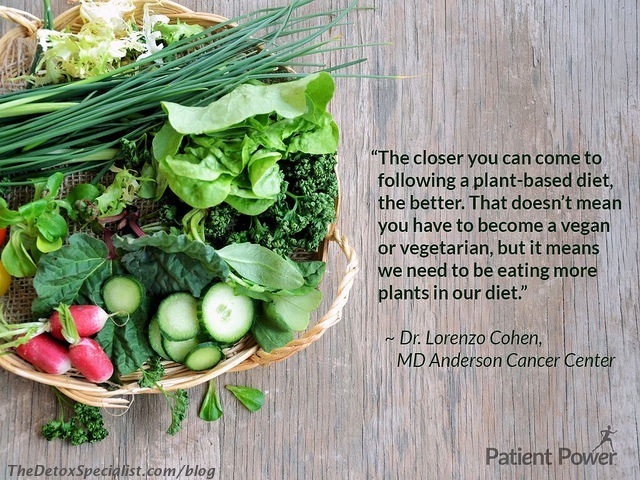 It’s finally nearing the end of 2018 and a perfect time for people to start making their own New Year’s resolutions. Losing weight is usually on top of everyone’s New Year’s resolutions list. In fact, a survey done by Nielsen revealed that staying fit and losing weight is among the most common resolutions that people make for the New Year. Unfortunately, not many people end up successful on their quest to shed the excess pounds they gained during the holiday season.

Experts agree that one of the keys to losing weight is in following a diet that’s suitable to your lifestyle. One of the diets that has recently gained popularity is the Flexitarian Diet.  Although you may have only recently heard the term Flexitarian it has been used since the nineties and it refers to people who were vegetarians but would occasionally eat meat. The term was basically derived from, “flexible” and “vegetarian”. But what is this diet all about and is it really effective for losing weight?

What is a Flexitarian Diet?

The practice of following the Flexitarian lifestyle is sometimes known as the “casual vegetarianism”. This plant-based diet aims to minimize your carbon footprint while improving your health at the same time. This is partly because the diet can help improve detoxification (more about this further on). It’s basically increasing your intake of plant-based foods but without totally eliminating meat.

The Medical Associates of Northwest Arkansas has this to say about the diet,

The idea behind flexitarianism or semi-vegetarianism is that there’s a conscious effort to eat less meat, even though meat is still included in the diet. The diet is mostly plant-based, but does not completely exclude meat.

While some people would view flexitarianism as a form of cheating on a vegetarian diet, doctors are quick to point out that flexitarianism should not be viewed as something negative. Instead, it is a choice made by people who wanted to introduce more fruits and vegetables to their diet but do not want to totally remove meat. It’s definitely not a lazy way of going vegetarian, but a mere conscious effort of reducing the consumption of meat.

The diet is based on the following principle:

Health Benefits Of The Flexitarian Diet

When you focus on eating plant-based foods, you’ll feel full easily even though you only ate only a few calories. Therefore, you’re most likely to lose weight. According to Keri Gans, an author and nutritionist who wrote the book, The Small Change Diet,

“If you emphasize the plant-based component of this diet by eating lots of fruits, veggies, and whole grains, you’ll likely feel full on fewer calories than you’re accustomed to, which makes shedding pounds almost inevitable.”

A study presented by the American Heart Association in 2015 has found that those who followed semi-vegetarianism have lowered their risk of developing heart diseases and stroke. The researchers concluded that by replacing some of the meat you eat with vegetables, you’ll be able to easily lower your risk of suffering from heart-related diseases that could lead to death.

Landing in the third spot of the Best Diabetes Diets by the U.S. News and World Report, the Flexitarian Diet is, indeed, the best diet for people suffering from diabetes, which is considered one of the deadliest diseases in the world. The unique array of foods included in plant-based diets like the Flexitarian helps to promote metabolic improvement among people suffering from diabetes. In addition, diabetes and excess weight often go hand in hand. With the Flexitarian Diet’s ability to help you lose weight, it’s not surprising why this diet is effective in minimizing diabetes.

According to Dawn Jackson Blatner, the founder of the Flexitarian Diet herself, flexitarians are more likely to live 3.6 years longer than meat eaters, which could be mainly due to its ability to reduce the risk of developing diabetes and heart diseases.

Foods To Eat and Not To Eat

The Flexitarian Diet has no concrete rules when it comes to the recommended amount of macro-nutrients and calories. Although the diet is mostly plant-based, it does not really require avoiding certain foods completely. Instead, it encourages limiting meat consumption. However,  minimizing and preferably avoiding highly processed foods, refined grains and added sugar will bring about the best results. Here’s what to eat and what to limit.

It’s my suggestion that you avoid gluten on this diet although it’s not stipulated in Blatner’s book. In my experience everyone is better off without it. Even if you don’t think you are affected by it, wheat and other grains are usually sprayed before harvesting with Roundup (or some other equally toxic pesticide)  which contains the toxic chemical glyphosate. Bread and other products made with wheat has been found to contain it so it’s best to avoid it.

Related reading:  Should You Detox Your Body From Glyphosate Weedkiller?

Dinner: Lentil and vegetable soup with Paleo bread and a side salad.

How It Works For Weight Loss

As mentioned above, one of the biggest benefits of the Flexitarian Diet is its ability to help you lose weight. So if your New Year’s Resolution is all about losing weight, then this lifestyle may be suitable for you.

Flexitarian eating helps with weight loss partially because it limits your intake of high caloric foods, including processed foods and partly because it encourages the elimination of chemical toxins that interfere with the weight loss system.  It encourages the consumption of plant-based foods that naturally have fewer calories. People who follow a plant-based diet generally lose more weight than those who don’t. In a study that includes more than 1,100 people, it was found that those who followed the vegetarian way of eating for 18 weeks were able to lose up to 4.5 pounds more than those who followed a different diet.

How It Works For Detox

Our liver and  kidneys are our major detox organs assisted by our lymph system, intestines, skin and lungs. Let’s have a look at how a Flexitarian Diet can help support our major detox system so stored chemicals that contribute to weight gain can be eliminated.

Plant foods contain many of the vitamins, minerals and antioxidants that are needed by the liver detox system for optimal function. It’s a fallacy that our liver and kidneys do a great job without the help of a detox as some detox detractors like us to believe. The sort of detox I am talking about is not about a starvation diet but a diet that includes the foods that contains the nutrients needed by our detox system. You certainly don’t go hungry.

Researchers have discovered that we all harbor numerous toxic chemicals in our bodies that have not been detoxified. It’s partly to do with the fact that our bodies are overwhelmed by the toxicity we are subjected to from food, water and air but also because the detox pathways are slow or inefficient due to lack of the right nutrients. Many people do not eat a diet that supplies their bodies with sufficient nutrients to enable their livers to detox optimally.

A diet of fruit, vegetables and whole grains are full of fiber which is needed for good bowel function. This is of vital importance because once our liver processes the toxins they are incorporated into bile which is released from the gallbladder when stimulated to contract when you eat fats. The bile then travels through the digestive system and should be eliminated quickly from the body. If it is slow leaving the body certain bowel bacteria can release toxins from the bile and they get absorbed back into the body. They are taken back to the liver and have to go through the whole process again. So do you see how important fiber is for detox?

Many people on a low fat diet get sludge in their gall-bladders because they do not eat enough healthy fat to stimulate it to contract. Toxins then can’t be eliminated that route. This creates a situation where the liver is overloaded with a backlog of toxins and you get symptoms that may not be recognized as poor detoxification.

Some toxins that are processed by the liver are made water soluble and are then excreted from the body by our kidneys. They can only operate efficiently if the volume of water flowing through them is sufficient to carry away the wastes. For this reason, dehydration is the greatest most common source of stress on the kidneys and threat to purification of the blood.

Excessive consumption of alcohol, caffeine, uncontrolled high blood sugar, and a high protein diet can also impair kidney detox. Our kidneys detox ammonia, a byproduct of protein digestion. Consuming large amounts of animal protein increases the workload on your kidneys so a Flexitarian diet takes a load off these organs.

A plant diet is high in Vitamin B6, Vitamin C and folate which are needed for the health of our kidneys.

If you decide to to embark on a more plant-based diet you can initially go through a sort of detox period which is really due to withdrawal of foods and drinks you normally have a lot of. You can get symptoms such as headaches, digestive issues, and even feelings of depression and sadness. The way to avoid this is not to go cold turkey but gradually transition to the diet.

As you go on with the diet you then may get detox symptoms as your liver detox pathways start to function more efficiently.  Your body may start to clean out old stored chemical toxins, toxic metals, hormones, pesticides, and other harmful things.  It’s not a sign that your body is not doing well on plant foods as many people tend to assume.  The detox symptoms can last a few days, a week or a month. Some people get symptoms off and on for a couple of days a month as their bodies continue to detox.

Related reading: How A Liver Detox Diet Can Restore Your Health

The Flexitarian Diet is a good diet to follow if you want to lose weight and minimize your risk of developing diabetes and heart diseases. Choosing to eat more vegetables and other plant-based foods definitely has a positive impact on your health. It’s a diet that everyone can embrace because it is not too limiting in your choice of food. By simply giving up meat for one meal in a day, you’re already on your way to the right nutritional direction that can eventually lead to weight loss and detox.