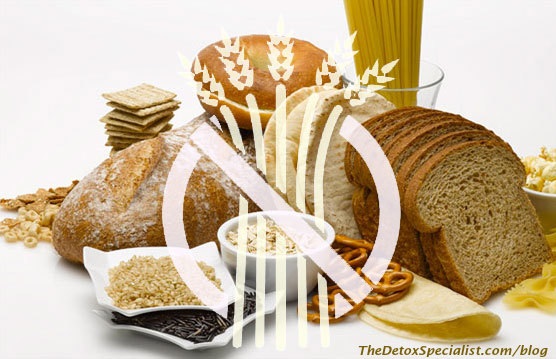 We all know that people with celiac disease have to avoid gluten grains but what if you could benefit from a grain-free diet too?

Dr. David Permutter, a neurologist and author of Grain Brain states “The problem with gluten is far more serious than anyone ever imagined. Modern…structurally modified, hybridized grains contain gluten that’s less tolerable than the gluten that was found in grains cultivated just a few decades ago”

Choosing to go grain-free can be a great option, both for people with and without allergies to various grains. The health benefits you can get from avoiding grains certainly makes it worth trying.

It Improves Your Digestion

For the most part, grains are derived from the seeds of various wild grasses. When incorporated into food, they are used as either whole-grain or refined. Refined grains are not a healthy choice because the grain undergoes a process that removes essentially all the nutritional parts of the grain from the final product.

Both refined and whole-grain foods are hard on the digestion system. The outer part of the seeds is not easily processed by our bodies. This is a different issue than individuals who can’t eat gluten or have a celiac disease.

Grains contain high amounts of carbs that convert into sugar, which is not good for our health. Dr. Mark Hyman says

modern wheat contains a super starch, amylopectin A, that is super fattening, a form of super gluten that is super inflammatory, and acts like a super drug that is super addictive and makes you crave and eat more.

Our ancestors used to prepare grains by soaking,  sprouting and fermenting them before eating them which helps to remove the phytic acid and decreases the activity of enzyme inhibitors. People interested in their health still do this today.

As an added bonus from improved digestion when you take grains out of your diet you will also notice that bloating in your stomach will begin to subside. This is due to a combination of an inflammatory response and bloating caused by an imbalance in gut bacteria.

Grains are often sprayed with a pesticide before harvesting. The one that is most often used is Roundup which contains the toxic chemical glyphosate.  Although Monsanto, the makers, market glyphosate as ‘safe’ The International Agency for Research on Cancer, classified it as a probable carcinogen.

Researchers are concerned that it is an endocrine disruptor, meaning it interferes with your hormones, and that it kills beneficial gut bacteria. As this pesticide has also been found in various products made with grains such as cereals and bread it is a huge concern.

So many people are now being diagnosed with celiac disease in later life that it has been suggested that glyphosate is to blame. Researchers have proposed that it is also responsible for people who have wheat or gluten intolerance as well as irritable bowel.

Helps With Fat And Weight Loss

Losing excess fat from your body is one of the best things that you can do for your health. The vast majority of people today struggle to lose fat. However, the entire process of losing fast is relatively simple. You simply need to consume fewer calories than you use. Over time, fat will start to decrease in your body.

When you remove grains, you are eliminating a major source of processed food and calories in your diet. As a general rule, processed food has more calories and fewer essential nutrients than natural food. If you want to lose weight, adding in more natural food is the best way to do so. Not only that, but you will also have more energy and vitality throughout the day.

You Can Get Clearer Skin

The vast majority of gluten grains cause an increase in zonulin which has been implicated in causing “leaky gut”. When this occurs, it results in larger food particles than usual to cross the intestinal barrier and travel through your system, causing inflammation and immune system reactions.

When inflammatory substances are present in your blood, it makes your skin much more likely to break out in bumps, acne, or rashes. Toxins leaking from the gut into the blood steam also overload the detox capabilities of the liver.

One of the most common health problems that now known to underlie many chronic conditions such as heart disease, autoimmune diseases, rheumatoid arthritis, fibromyalgia, and cancer is high levels of inflammation. Researchers have found that chronic low grade inflammation is an underlying problem in osteoarthritis.

There are many people who have chronic inflammation going on in their bodies but do not even know it. If you feel constantly stressed or depressed this may be a form of inflammation within your body.

When you eliminate grains, your body is able to absorb more nutrients. In addition, your body will retain less water. This is one of the reasons so many people lose weight quickly when eliminating grains from the diet. Over time, you should notice decreased inflammation throughout the body. If you have had skin issues in the past, this is a great way to eliminate them.

You Get Mental Alertness and Energy

Carb crashes are persistent in diets consisting of mainly grains. The carbohydrates, which are sugars, give you a great deal of energy, but then can quickly burn off and leave you feeling drained, tired, and mentally groggy.

Vegetables, beans, legumes and many other types of plant-based foods contain carbs that are “slow-releasing” because of the amount of fiber they contain. They provide you with a consistent stream of energy throughout the day.

Although whole grains are also slow releasing because of their fiber they are not good for all the reasons mentioned above. Refined grains give you a quick glucose spike and then a drop, which is very dangerous for your insulin levels and can even lead to becoming diabetic.

Many products stocked by supermarkets that are gluten free tend to contain unhealthy ingredients such as sugar and processed fats or oils which are not healthy so it’s best to avoid those.

Will I lack of fiber on a grain free diet?

Adequate fiber is an important part of a healthy diet. Having enough fiber can aid in lowering cholesterol and reducing risk of heart disease, and is important for maintaining a healthy gastrointestinal system. High fiber diets have also been linked to lower body weights.

Following a recent meta-analysis of 180 observational studies and 50 clinical trials from the past forty years published in the journal Lancet, the co-author Jim Mann, professor of human nutrition and medicine at the University of Otago, stated  “The health benefits of dietary fiber appear to be even greater than we thought previously”

The recommended intake of fiber is approximately 25 grams a day for women and 35 grams for men. The majority of people in the Western world sadly eat diets that are woefully lacking in fiber with Americans eating only an average of 15 grams a day.

Fiber is found only in plant-based foods so eating plenty of plant foods such as fruit, vegetables, nuts, seeds, beans and the gluten free grain alternatives mentioned above should supply adequate fiber.

For a clear mind, stronger stomach, and improved health overall, try cutting out grains; you’ll certainly notice the difference in a few days.

Eliminating grains from your diet could be like a miracle cure. As you have seen above there are definitely many benefits for people who struggle with various health issues. Why not give it a try?

Previous Post: « How to Detox Your Body from Chlorine after a Swim
Next Post: 7 Reasons Why Skin Looks Dull »